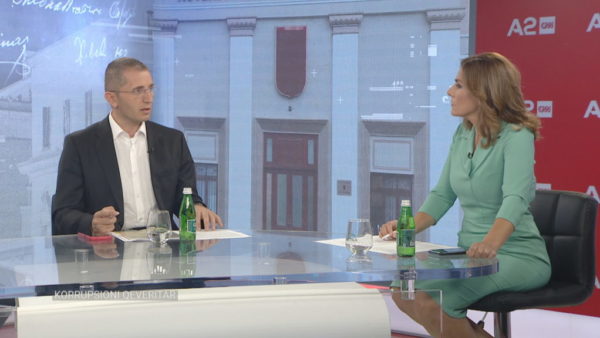 A2 journalist, Armand Bajrami, declared on “Absolut 4” that SPAK must extend its investigations beyond police uniform tenders.

“Of course, the officials who were arrested may have their responsibility. We would be naïve to think that they have abused with a 2.8 billion ALL fund not for financial profit, but for friendly favors or charity. The Special Anti-Corruption Prosecution should not focus on the tender equality only. The Criminal Code provides a maximal prison sentence of only three years. Three years of prison in exchange of such a large amount of abuse is not an issue for these persons. SPAK must keep investigating even higher officials”, Bajrami declared.

“I understand Mr.Lleshaj and Ndreca. Maybe they weren’t directly involved in these procedures. But the Agency for Concentrated Purchases depends from the Interior Ministry. It is hard to believe that such a huge abuse may have been done by a small group of members at the bid assessment commission”, Bajrami declared.