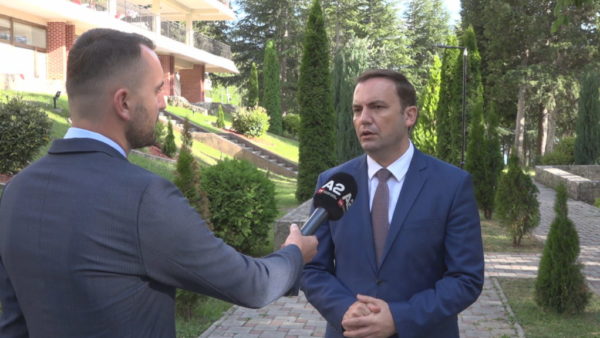 In the last year’s meeting for the first intergovernmental conference with the EU it was Albania that stopped North Macedonia, this time it was the other way around. North Macedonia was vetoed by Bulgaria.

The North Macedonian Foreign Minister, Bujar Osmani, declared in an exclusive interview for A2 CNN that he was hoping that the interim government wouldn’t be an obstacle. “But it wasn’t like that. It will be very important to form the institutions in the elections so that we can continue with our commitment”, he said.

Osmani thinks that North Macedonia has been an important part of this process.

“We didn’t allow different interests to put us in a negative discourse with Bulgaria, because we know that one day we will reach an agreement. I see no reason for us to enter into a frozen conflict, like the one with Greece, or start a rhetoric that will make it hard for us to go back to dialogue. I am convinced that there is no alternative to this process. It is in Bulgaria’s best interest to have stability in their neighbor’s territory”, he added.

Western Balkan integration, Osmani: The EU cannot give the right to veto to six countries that cannot agree on anything

The Foreign Minister of North Macedonia, Bujar Osmani, said that the Western Balkan countries need to find ways to cooperate with each other, as the only way to accelerate ethe EU integration process.

“Europe is in a dilemma as regards our image. It is hard for them that six countries which cannot find an agreement about anything, could take a veto right and block every process in the EU”, Osmani declared in an exclusive interview for A2 CNN. “We need understanding and we need to work hard and create a new imag, as regards our maturity to cooperate. We must show that we have differences, but also things we can agree on”, declared the Foreign Minister of North Macedonia.