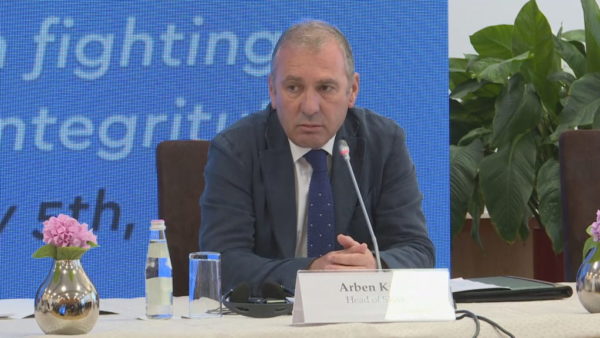 The Chairman of the Special Anticorruption Prosecution, Arben Kraja, declared at the conference “Challenges and possibilities in the fight against corruption and reinforcement of integrity”, declared that they are seeing each day judges and prosecutors involved in corruption and organized crime. He added that their punishment will be line that will divide the rest of the system.

“The National Bureau of Investigation is the key element of the structure. The first group of investigators in early August will be ready to start their duty. Impunity has been created by the lack of the system functionality. We are seeing every day judges and prosecutors involved in corruption and organized crime. Their punishment will be the line that will divide them from the rest of the system”, Kraja declared.

According to him, more work is needed to identify the violations of public funds.

“It is our priority and there wll be concrete results very soon. We are convinced that we are doing everything for the best of the country. We need to improve the country’s image and give the possibility for more investments”, Kraja declared.

The National Anticorruption Prosecutor of Romania, Crin Bologa, declared that his country has sent to court two Prime Ministers, 80 MPs and dozens of Mayors.

“To succeed with the fight against corruption we need independence and specialization of prosecutors”, Bologa declared.