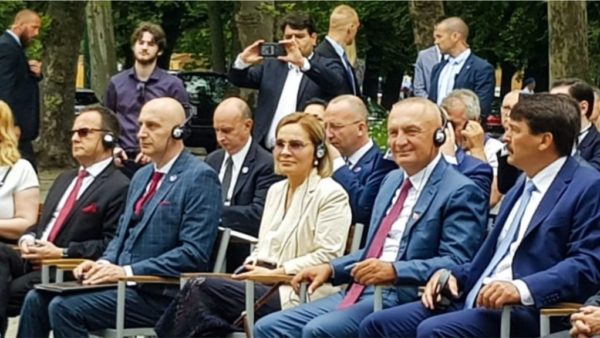 The President of Albania, Ilir Meta, accompanied by his wife, Monika Kryemadhi, attended the ceremony for the inauguration of the status of the Albanian National Hero, Gjergj Kastriot Skenderbeu, in Budapest, Hungary.

In his speech, President Meta said that the roots of the friendship between our people can be found in the legendary connections of Skanderbeg and Huniad.

“The roots of the friendship between our two peoples are found in the legendary ties and strategic alliance of our National Hero with the military and prominent leader of Hungary and all of Central Europe, Janos Hunyadi, both shields of values ​​and traditions of civilization, but also of our European identity”, Meta declared.

The President emphasized that Hungary remains a supporter of Albania’s European integration, for which our country is very grateful.

“As in the time of the alliance of Kastriot and Hunyiad, Hungary remains an unwavering supporter of Albania’s European Integration and we are deeply grateful to it.

“I am convinced that the spirit of friendship and excelelent traditional historical cooperation between our two countries and peoples will be strengthened without stopping in the future. We are proud that next year we will celebrate together the 100th anniversary of the establishment of diplomatic relations between our two countries”, meta decalred.