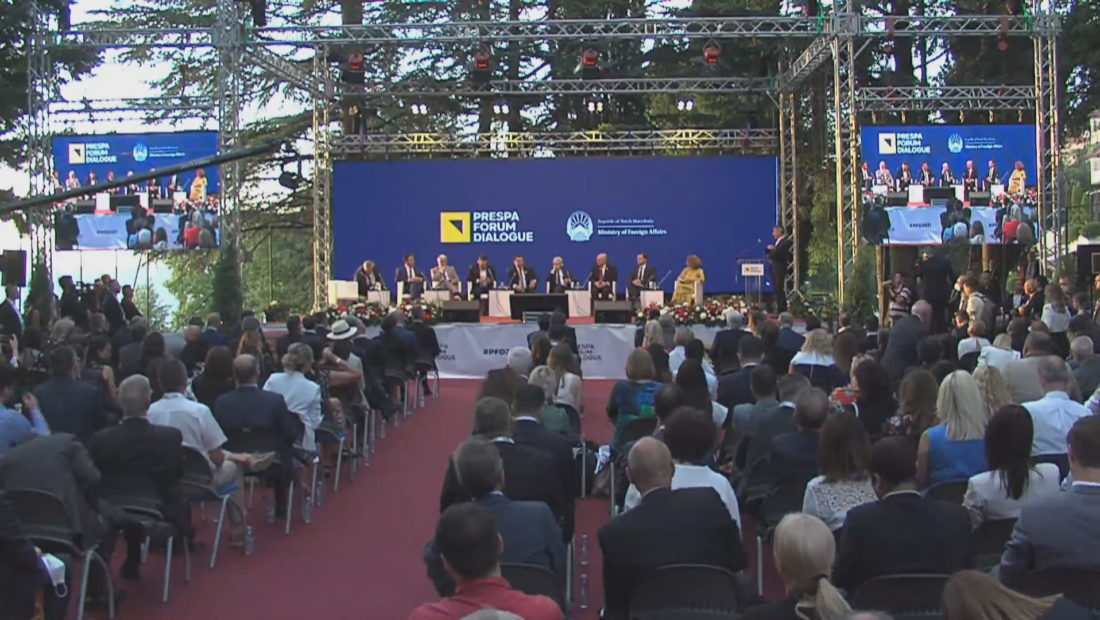 “The Road to Prespa” gathered many important international personalities in Ochrid, North Macedonia.

The Prime Minister of North Macedonia, Zoran Zaev, declared that the Prespa Agreement should be a model for the entire world.

“The agreement brought an entire era to an end. It was the beginning of a new chapter for both countries and for the region. When there is constructive cooperation and goodwill, peace can be presented with a natural aachievement. The world accepted that a success story can also come from the Balkans”, Zaev declared.

Part of the panel was also the former Greek Prime Minister, Aleksis Tsipras, who co-signed the agreement.

“The Prespa agreement was a huge step, not only for resolving a major issue, but also as an important message for the Balkan countries”, Tsipras declared.

Ali Ahmeti, leader of the Albanian Party in North Macedonia, BDI, gave a message for A2 CNN.

“It was a historic agreement that also helped the Albanians of North Macedonia”, Mehmeti declared.

Present in the “Road to Prespa” conference was also the US Deputy Assistant Secretary of State for Europe and Euroasia, Philip Reeker.

“Prespa established a standard for the entire region as regards the peaceful solution of conflicts through dialogue. It confirmed for the entire world that the Western Balkan leaders are at the level of this challenge”, Reeker declared.

Present in the conference was also the Speaker of North Macedonia, Talat Xhaferi, and foreign Minister Bujar Osmani.