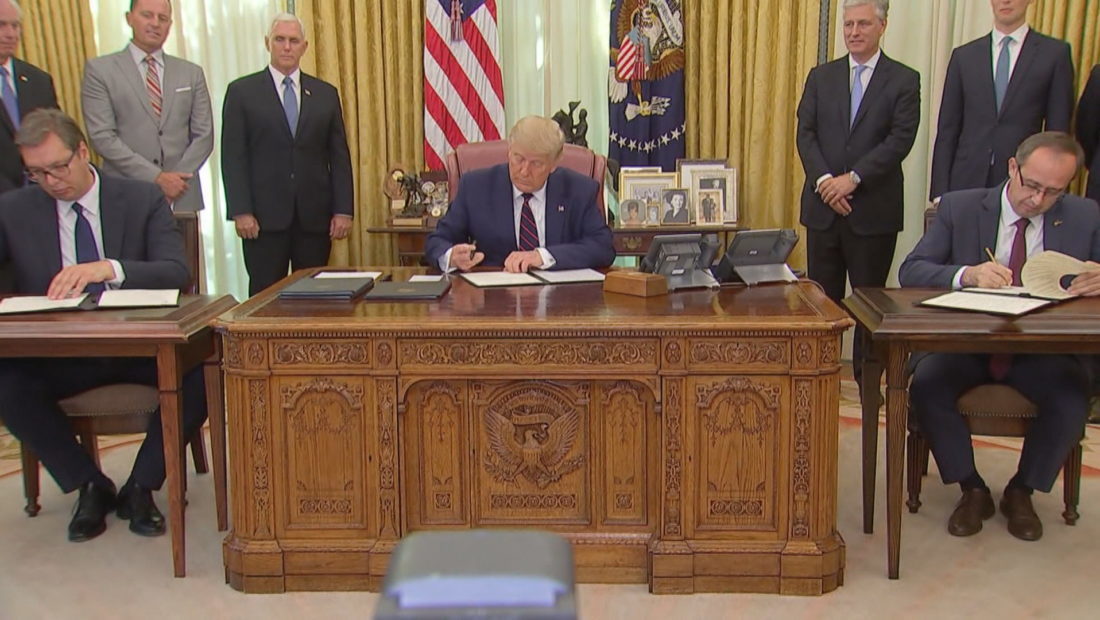 The USA expect Kosovo and Serbia to continue respecting the commitment undertaken in Washington, according to the Voice of America in Serbian, which quotes a response of the US State Department.

Kosovo and Serbia signed two documents on September 4th, 2020, for the normalization of economic relations. The documents were signed at the White House, in Washington, in presence of the former US President, Donald Trump.

“The implementation of the Washington agreement creates a basis for future relations and offers a wider cooperation possibility between the parties. The commitment bring benefits to the citizens of both countries and encourage them to continue with their implementation”, DAS declared.

With this agreement, Kosovo and Serbia commit to building a road and railway connections between their capitals. The agreement also obliges Kosovo to become part of an initiative for free border movement, without passports and fees, with countries such as Albania, Serbia, and North Macedonia.

The Prime Minister of Kosovo, Albin Kurti, minimized the points of the agreement by saying that the most important one is the mutual recognition between Kosovo and Israel, which has already been completed.