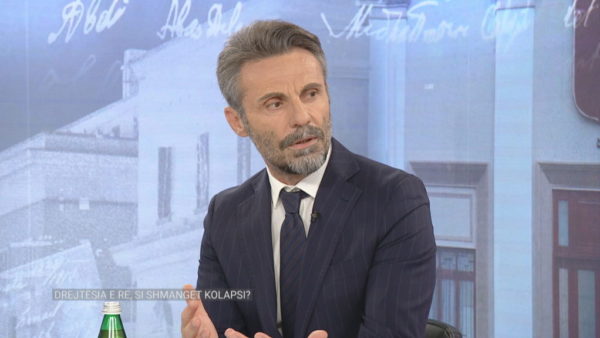 The Head of the High Council of the Prosecution, Gent Ibrahimi, was asked on Absolut 4 about the declaration of the US Ambassador to Tirana, Yuri Kim, regarding the judicial reform. Ibrahimi recognized that the USA has been a main actor that has offered strong assistance to Albania’s judicial reforms. However, their words “let’s stop pretending” are used out of context, according to Ibrahimi. “It makes it look as if we have been pretending so far”, he said.

“The Ambassador is a fan of the reform. This sentence looks like hypercritic, but the spirit of the meeting was not like that at all. It was an invitation to make further progress with the reform, with judges and prosecutors offering more service to the society. Today we have a two-headed leading system for the Prosecution, the High Council of the Prosecution and the Prosecutor General”, Ibrahimi declared.

According to the HCP Chairman, the criteria that will measure the success of the reform is the justice that the Albanian people will be able to receive through the new system. To him, now we have the conditions to achieve this.

“There have been solutions and huge novelties, strong interventions in criminal and civilian laws, in order to accelerate the process of bringing justice. These are preconditions for a faster, more honest and more righteous justice. The justice that Albanians will receive at courts will be the criteria for measuring the success of the reform. Now we have the conditions to achieve that”, Ibrahimi declared.