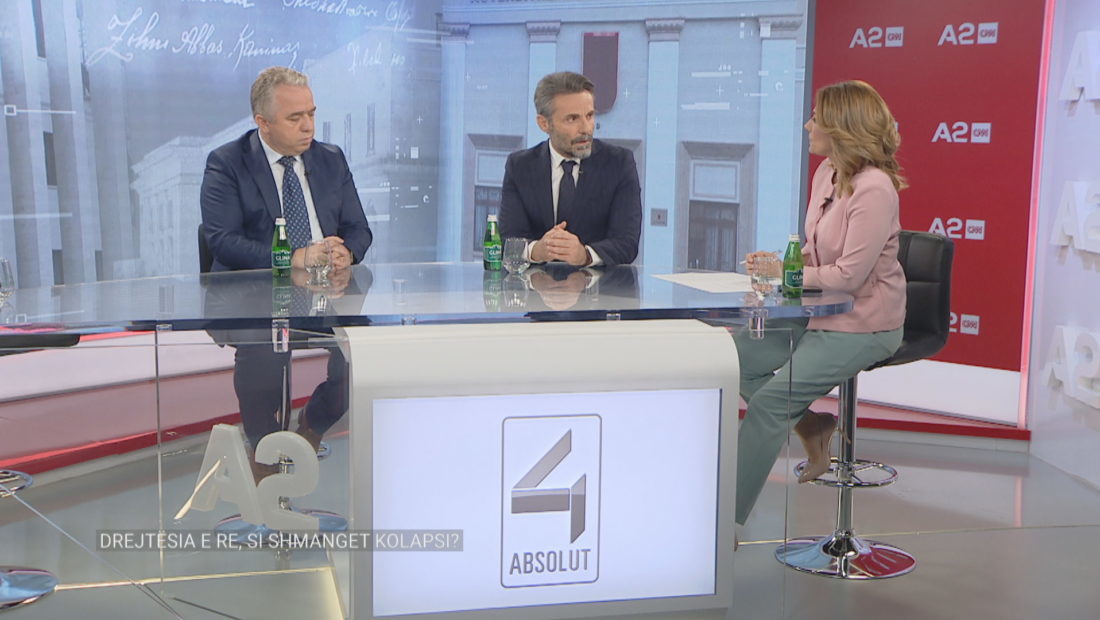 The Head of the High Council of the Prosecution, Gent Ibrahimi, admitted in “Absolut 4” that they were found unprepared by the unexpected dismissal of judges by the vetting process. However, he excludes any system collapse, based on the justice institutions which need to realize strong legislative interventions to compensate losses.

“The justice reform is the biggest one ever held since the communist regime, and as any other public policy, it has many unexpected events on its path. We were caught by surprise with the removal of the judges from the system. However, it is not possible to go towards collapse. Of course, if we do nothing, we may go towards collapse. But that is not an option. It will not be allowed by the justice governing institutions, the Parliament and the international friends. We may not have collapse, but we must not stay hand in hand. We need strong legislative interventions to compensate for the losses in the system. The only way is to increase the inflows”, Ibrahimi declared.

In this regard, Ibrahimi announced three proposals that need to be taken into account on this issue.

“We need to accelerate the process for forming new magistrates. We can gain momentum in the feeds. The second proposal is about introducing the figure of legal aid at all levels. It would alleviate the problem of vacancies in the prosecution. The third proposal is having former council members, like me, who get appointed as Appeal Judges as they approach the ending of their term. This is where there are more vacancies. The vacancies at the Court of Appeals is 70%, while in the general judiciary it’s 60%”, Ibrahimi declared.