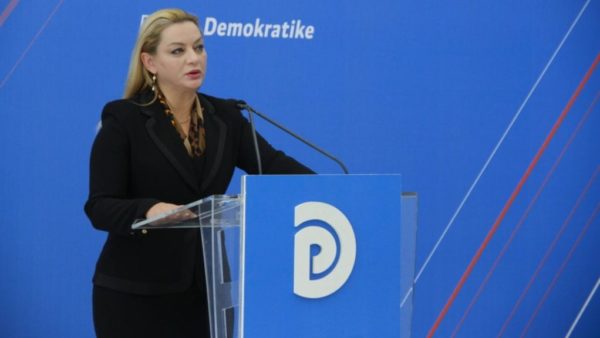 The Democratic Party elected MP, Albana Vokshi, wrote a letter to the international factor, expressing her concern regarding a series of problems that according to them are seriously endangering the media freedom in Albania.

Vokshi addressed with an official letter to the foreign diplomacy in Albania, the EU Delegation, the US Embassy, the OSCE Presence, the Council of Europe, the Commissioner for Human Rights at the Council of Europe, Commissioners Maryia Gabriel and Dubravka Suice, the President of the Women Forum at the EEP, Doris Pack, and all international organizations that are treating media freedom issues, such as the RSF, TI, Freedom House, etc.

In her letter, Vokshi mentions the fact that accredited journalists will not be allowed in the Parliamentary Sessions, and also the passing of the “Anti-Slander Package”, a law that the Democratic Party considers a means to exert censorship on the media. Vokshi also mentions the controlling of the Board of Directors of the Audiovisual Media Authority and the Albanian Public Television.

The Democratic Party requests an urgent meeting for exerting any influence of the Albanian government to stop the actions that damage the media freedom, the human right to information and the freedom of speech.