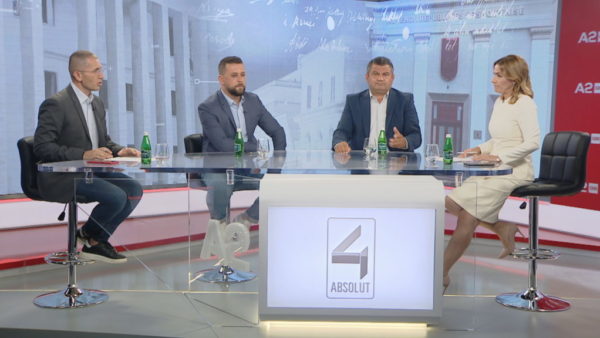 The Velipoja shooting, Kikia: It wasn’t accidental, it comes from our mentality

Analyst Mentor Kikia, today’s guest on “Absolut 4”, commented on the Velipoja shooting, where four people were killed after a conflict for the exploitation of the beach spaces. According to Kikia, these problems come due to the mentality and the failure to respect the state, which makes campaigns before the holidays, and after the season no one cares about the issues with tourism.

“Those who fired the guns are not the only ones responsible. We need to identify the real causes of the phenomenon. People keep trying to resolve their disagreements with each other and this is what provokes such a situation. What happened in Velipoja is not an accident, but a mentality. Albanians even when they crash their cars don’t wait for experts to evaluate the damage but resolve it with one another. More than half of the crimes come out of such disagreements. There’s no culture of living with the government in the middle. Many Albanians cannot perceive to ask for the government’s intervention to resolve conflicts, and this leads to murders”, Kikia declared.

Kasapi: The conflict in Velipoja had been going on for two days, police should have prevented it

A2 Journalist, Jul Kasapi, declared on “Absolut 4” that the police has its own responsibility for the Velipoja fatal shooting. Their job is to prevent murders, and, according to Kasapi, most of the high-level Police leaders did not pass the vetting process.

“The Interior Minister cannot hold a press conference and say that they cannot prevent a murder between neighbors at 1 am”, Kasapi declared.

Bajrami: Intolerable that the Interior Minister tried to avoid the responsibility of the police

A2 Journalist, Armand Bajrami, stated on “Absolut 4” that the statement of the Interior Minister was an attempt to save face for the Police. But it made it even worse since the situation is critical with the current crime surge.

“There have been crimes by the hour in the recent days. It is intolerable that the Minister tries to avoid responsibility and blames judges and prosecutors. The Judiciary vetting has been going on for the past three years. You cannot keep the police by blaming judges and prosecutors”, Bajrami declared.

Gjecaj: The country’s image pays the price with local and foreign tourists

Aida Gjecaj, from the Albanian Tourist Union, declared on “Absolut 4” that the recent events are damaging the country’s image before local and foreign tourists.

“This is the peak of the tourist season and the presence of the police cannot be seen in the coastline. The country’s image is taking a big hit for local and foreign tourists. The beach management issues come from the failure to implement the law. The e-Albania online procedure may avoid some abuses, but the applications for beach management cannot be done right now. These matters should have been resolved”, Gjecaj declared.

Kikia: Cooperation between justice institutions, a comedy. These people live just for show

For analyst Mentor Kikia, the relations between the justice institutions have always caused stalemates, as they have been just for show.

According to him, the cooperation between the justice institutions is a comedy that doesn’t need money.

“I have seen them announcing to the media that the institution leaders of the Interior Ministry and the Prosecution General would sign a cooperation agreement. What agreement is this? The cooperation doesn’t depend on the will of the institution leader. It is already decided by law. They are bound to cooperate. The issue here is that they need to implement the law”, Kikia declared.