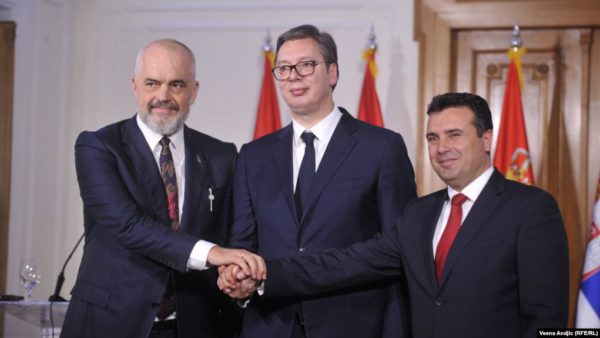 In the framework of the so-called “Mini Schengen” initiative, the Albanian Prime Minister, Edi Rama, the President of Serbia, Alexandar Vucic, and the Prime Minister of North Macedonia, Zoran Zaev, held a joint press release with a unified message.

The message appeals the other countries of the region to sign a similar agreement.

“We appeal our colleagues of the region to sign and implement a similar agreement, so that the vision of a joint political and economic area, in the entire Western Balkan, can become an important part f the daily life of our citizens”, said the joint message quoted by Serbian media.