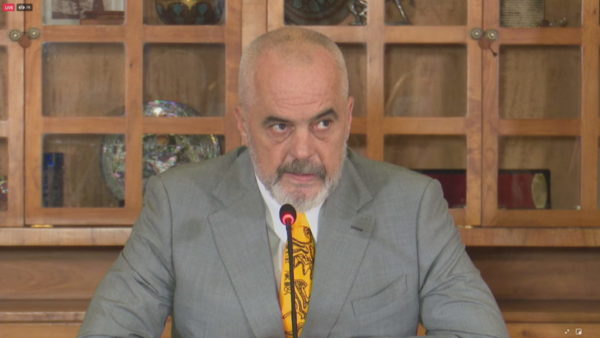 The Albanian Prime Minister, Edi Rama, declared one day ago that the Police cannot avoid road accidents or quarrels between citizens after midnight.

“I am not concerned about the trends of criminality or accidents. The trends go beyond two or four cases. The atmosphere that tourists should not come because they could get killed on the road is only on the TV screens. The fact is that tourists are coming”, Rama declared.

Rama: There is no crisis at the state police, the attacks are absurd

“One event of any level, in any sector, especially in the internal affairs, which also deals with fatalities, regardless of whether there is direct responsibility or not, makes no cause to give up. Every event is one more reason to reflect how things can be improved in general. The State Police can do a better job, but the police are not the only one that guarantees everything and that controls the behavior of the people on the roads or their conflicts that take place within a few minutes. No police in the world can prevent them. The State Police needs more support as regards technology. The process has started and I think that it will be materialized better and faster than predicted”, Rama said in a press release when he was asked about the levels of crime and security in Albania.

“A few years ago this country has had more murders and accidents were double. No, we don’t have a low number of accidents today. There are hundreds of thousands of individuals on the streets. They also have their role. I am concerned about how we should improve our work, but these crimes cannot be turned into reasons to see Albania as a country where you should be scared. That’s exaggerated”, Rama declared.

The Prime Minister added that there is no crisis in the state police. “It is clear for me, based on facts and trends. We cannot dismiss the work done by the police because of some tragic events. The lessons to be learned are about what we all can do about this, including the police”, Rama declared.

Rama: My ministers have been fined by the police

The Albanian Prime Minister declared that even his ministers respect the traffic rules and they have even been fined for traffic violations.

“You can play the moral card if you see my motorcade entering with a red light. I stop for every traffic light, except for any urgency. This is obligatory for everyone. The ministers of my government have been fined by the police, their drivers, for not respecting the rules”, the Prime Minister added