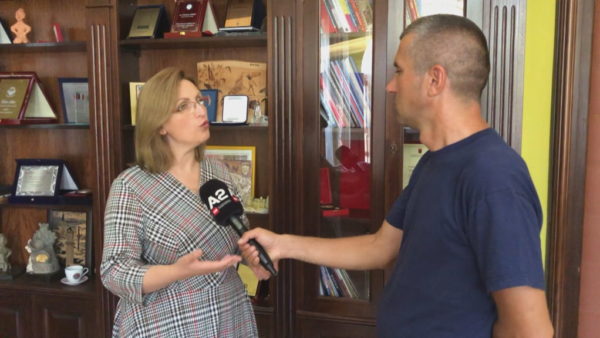 The Democratic Party reacted to the declaration of Interior Minister Blendi Çuçi, after the armed conflict in Velipoja which ended with the killing of four people. The conflict was created between hotel owners for the management of the beach territory.

The Interior Minister admitted that the police must reflect and promised new changes in the district, but he also blamed the judiciary for letting criminals get off with low punishments after being caught by the police.

The Mayor of Shkoder, Voltana Ademi, declared that the conflict could have been avoided if the government had functioned properly with the administration of the Velipoja beach territory. According to Ademi, the management of the territory used to be done by the local government in the past and there have never been conflicts.

The Mayor said she doesn’t understand why the central government institutions have not appointed the businesses that have the right to administer beaches. She mentioned as an example the fact that the Shkdoer municipality has signed an agreement with only one subjects, and for the other requests there has been no confirmation from the coastline agency.

The Democratic Party issued a press release, stating that the responsible for the Velipoja massacre are the Rama-Doshi regime. As regards the declaration of the Interior Minister, they called it an irresponsible behavior from the government.

“We heard the spokesperson for the Rama-Doshi regime, as he tried to wash his hands with the capitulation of the public order and safety in our country. For the spokesperson of the regime, the one responsible are the Albanian people, the victims, the Albanian families that anxiously live under the fear of the next bloodshed. Unfortunately, besides kneeling down before the crime they have nothing else to offer the Albanian people”, declared Enkelejd Alibeaj, from the Democratic Party.

According to the DP, uncertainty will keep ruling in every city as long as the alliance between the government and crime doesn’t come to an end.