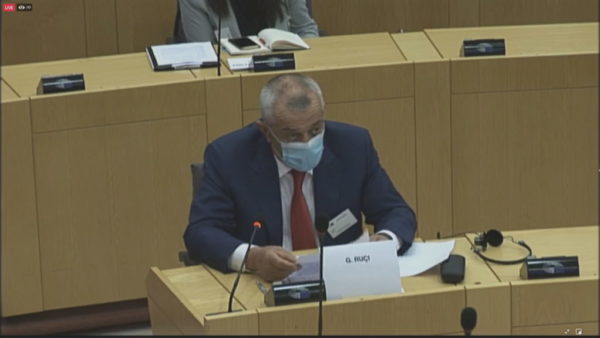 The Speaker of the Albanian Parliament, Gramoz Ruci, is attending the Summit of Parliament Speakers for the Western Balkan countries in Brussels.

Ruci expressed his regret for the slowing down of the integration process due to what he called “reawakening of Balkan passions”.

“Albania and North Macedonia deserve opening the negotiations. I want to thank the Croatian, German and Portuguese presidencies which kept the acceleration of the Western Balkan integration on top of their agenda. I can only express regret that the integration speed is being slowed down for causes that have nothing to do with us, but with the awakening of past passions of the Balkans”, Ruci declared.