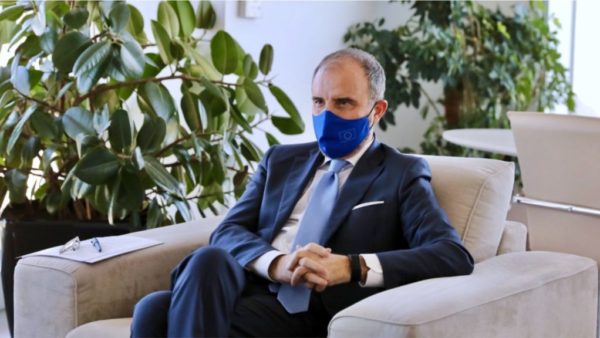 The government of Albania has issued a special decision to take under protection the Head of the EU Delegation in Tirana, Luigi Soreca.

The decision was taken on June 23rd, the same day when the Parliament held a plenary session.

A2 News asked the EU Delegation whether the Ambassador has received any specific threat.

The answer was that the EU delegation does not comment on the security measures issued by the Albanian authorities.

Besides physical protection, the National Guard of Albania will also protect the house of Soreca and the premises where he exerts his duties.