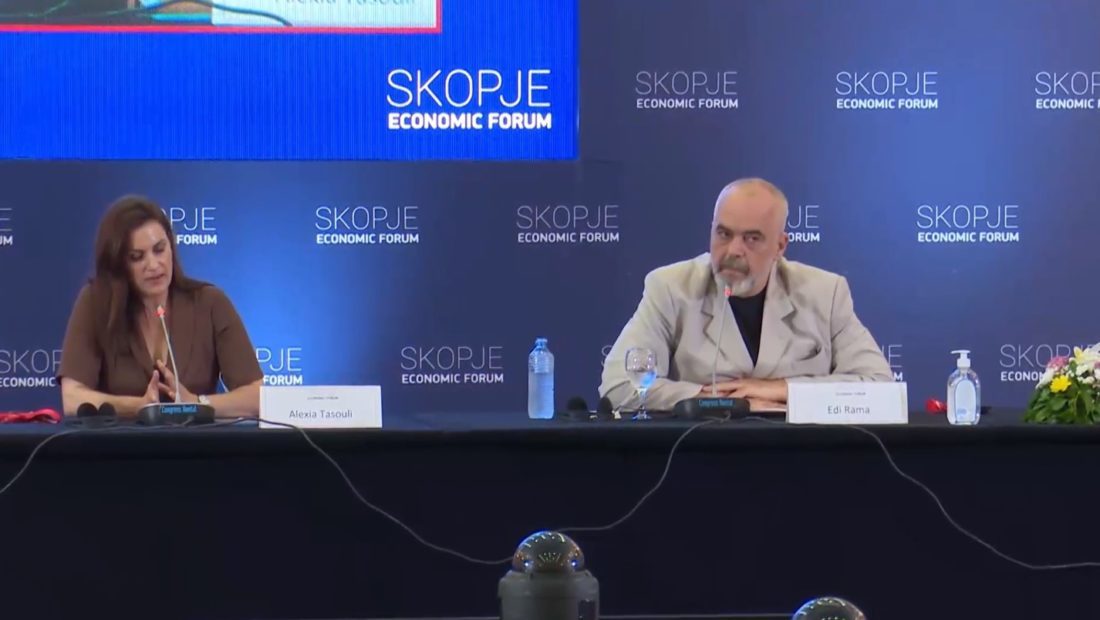 The Albanian Prime Minister, Edi Rama, described the relations between Albania and Greece as “a typical Balkan love”.

Rama referred to the fact that Greece has not repealed a law that entered in effect during WWII, and which considers Greece and Albania at war even to this day. The War Law imposed by Greece was also followed by the removal of hundreds of thousands of Cham Albanians from the Greek territory, an action which Albania has considered genocide.

When asked by the Greek journalist, Alexia Tasouli, regarding the bilateral relations with Greece, Rama said that officially Albania is still at war with Greece.

“We are in a relation where we must have good neighboring, but we also have to be at war, legally. This is a typical Balkan love. I think something must be done about this’, Rama said.

As regards the maritime border agreement with Greece, the Albanian Prime Minister said that it is not proceeding slowly, but it is proceeding on the right direction.

“We have many things in common, many common reasons to have a stronger cooperation. I was susprised by the new government, the new Prime Minister and Foreign Minister of Greece. They aren’t people who want division, but comprehension”, Rama said.