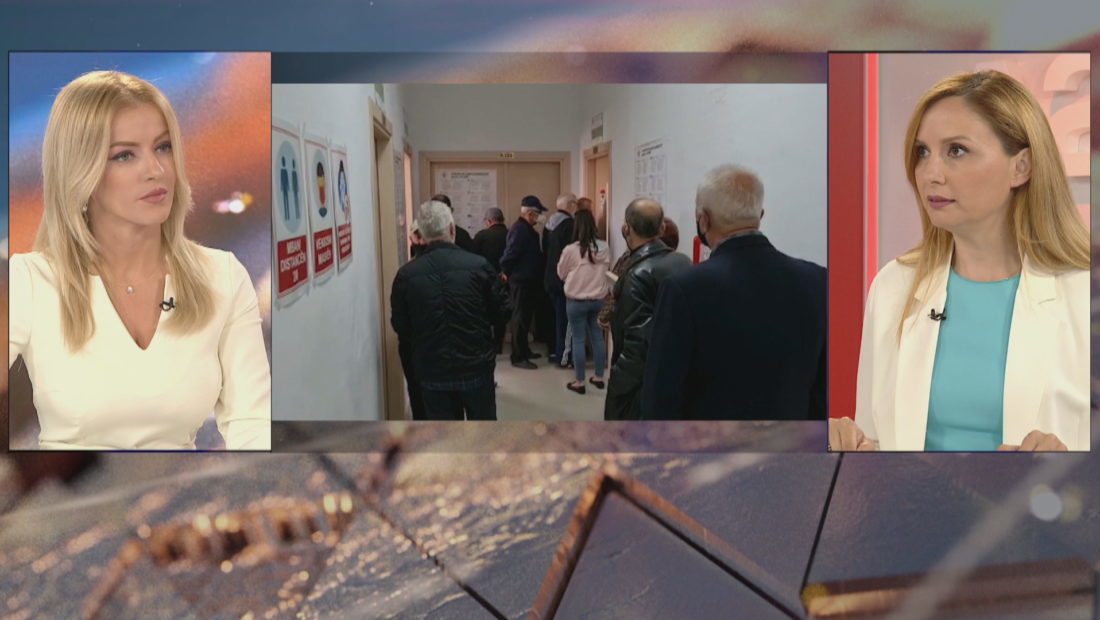 The Democratic Party elected MP, Jorida Tabaku, was today’s guest on A2 “Ditari” to discuss the report of the Parliamentary Assembly of the Council of Europe regarding Albania’s April 25th elections, corruption, integration, the internal race within the DP, and the future battles of the opposition.

According to Tabaku, the reports on Albania show that corruption has turned into normality and legalized by the Parliament when it should be an alarm bell.

“Corruption level in Albania has increased threefold. The tax of corruption is unacceptable. These numbers are tied to corruption with small businesses. The situation is more problematic. Transparency International and SELDI, which carry out these studies, have given Albania the title of a country with corruption legalized by the Parliament. This means that the state is captured, and the normalization of corruption should have been an alarm bell. It is a concern for the economic development and business”, Tabaku declared.

According to the Democratic Party elected MP, such corruption indicators have stopped Albania from advancing with the EU integration process. She underlines that Albania is not ready for the negotiations since this government has caused the criteria to regress. For Tabaku, integration is the only force that can bring change to a country.

“Corruption is one of the two criteria that weren’t fulfilled, but the recent figures are concerning. The UD State Department itself has considered Albania the most corrupted country in the Western Balkan. The negotiations will not be initiated. A date will be issued for the first intergovernmental conference so that these elements can be monitored, but the criteria have not been fulfilled. We are the only country that is celebrating something that did not take place. The Commission has proposed to start the first intergovernmental meeting. Albania is not ready for the negotiations. The criteria have seen regress with this government, but the first conference is a process that gets started, but it does not end today. Integration is the only changing force for a country. The Slovenian Presidency will be significant”, Tabaku declared.

As regards the report of the Parliamentary Assembly of the Council of Europe, regarding the April 25th elections, Tabaku reiterated the stance of the DP, that it proved what the opposition had reported time ago. The only merit, according to Tabaku, was the electronic voting system which reduced pressure on voters.

“The report of the Council of Europe brought to light all the concerns that we have been raising for some time: from the legal amendments under the June 5th consensual agreements, for which we helped, to the amendments of July, which favored only one side. This report brings facts and truth. It mentions the “patrons” of the Socialist Party, the vote purchase data, etc. They were here for only four days and in Shkoder they witnessed one case when a person has been taken by force and obliged to vote for the ruling party. Electronic voting was the only merit since it eliminated double voters and reduced pressure on voters”, Tabaku declared.

When asked how would the DP undo this normality, Tabaku underlined that the right way is through punishment. She mentioned the failure of the justice system with the Dibra and Shijak cases and added that all problems come as a result of corruption. Hence, this is the biggest battle of the opposition, for which they are using every possible institution, without excluding the Parliament.

“I have filed five reports at the Special Anticorruption Prosecution from my area only. This culture will not be removed without punishment. The Dibra and Shijak cases were a failure. This battle should be done by us. All economic issues are related to the corrupted government. We discussed making use of every possible institution to fight this cause. Even in Parliament. No decision has been taken about that, but it is best for us to get represented. It is the will of half of the Albanian people, in this third term, to increase the pressure against the government. This is not a legitimate Parliament, but I believe that we will make use of every possible space to carry on with our battle”, Tabaku declared.

As regards the internal race within the DP, Tabaku underlined that the June 13th elections have made the party more unified, while she appreciates the internal discussions.

“We should have made an internal analysis of the party by keeping the focus on the April 25th elections. We had to open an electoral process, and there’s nothing bad in having discussions. The debate is not within ourselves, but with the opponents. I think we should save our energies for the opponents. The 81% election result has unified the DP. It is a fact that we will not govern the country in September, but what happened on April 25th must be analyzed more, must be reported more, and discussed more. I think that talking directly to each other is a process that can only be positive. We can see what we can improve. The result of the June 13th elections should unify us. The DP is a great party. There’s nothing wrong with having different opinions. What’s important is that we must represent those who voted us”, Tabaku declared.

The Democratic Party elected MP suggests the opposition to keep daily communication with the citizens.

“My suggestion today is to keep constant communication with citizens, every day.  By analyzing and identifying all elements will make us more prepared for other battles in September”, Tabaku concluded.