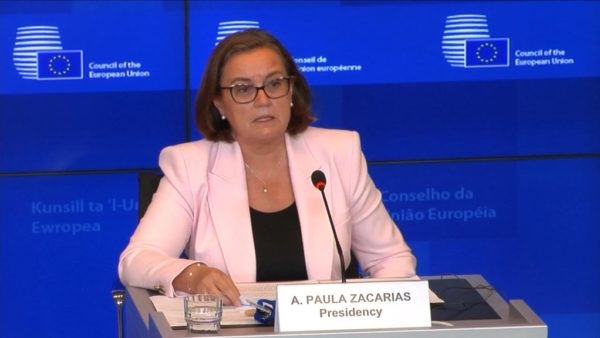 The European Union couldn’t overcome the stalemate for progressing with the EU accession negotiations of Albania and North Macedonia. Bulgaria has blocked everything, although the other member countries have nothing against Albania.

The Foreign Ministers of the Union were unable to set a date for the first intergovernmental conference with Tirana and Skopje.

Bulgaria didn’t cede its stance regarding the suspended matters with North Macedonia, while the EU do not agree to treat Albania separately.

The Foreign Minister of Portugal, Ana Paula Zacarias, said that despite the efforts, it was impossible to agree on the negotiating framework for Albania and North Mcaedonia.

“But we agreed that the Slovenian presidency will continue its efforst to reach the positive conclusions that were approved by the Portuguese presidency. The European perspective for the Western Countries is vital, and it is very important to not lose this momentum”.

The Foreign Ministers of Germany and Slovenia had made pressures for removing the Bulgarian block, without succeeding. There’s hope for setting a date in the next meeting that will be held in Autumn.