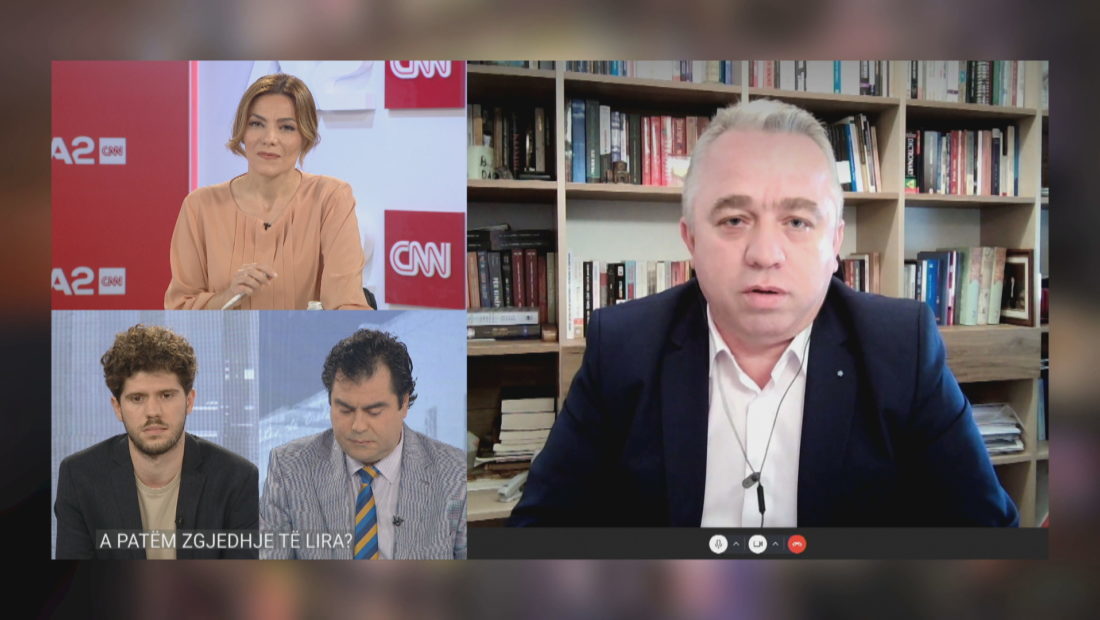 The Parliamentary Assembly of the Council of Europe has published its report for the April 25th elections in Albania.

The 15-pages long document drafted by the observers that the Assembly had sent on terrain mentions the involvement of the public administration in campaign and candidates benefiting from their public functions.

The report also notes the vote purchasing as a phenomenon that took place during the campaign, while they ask the authorities to conduct a serious investigation.

This was the topic discussed on Absolut 4, with analyst Afrim Krasniqi, who states that the report has many incorrect declarations, referring to the vote purchase.

“There’s a big difference between the ODIHR and the Parliamentary Assembly. ODIHR is expertise, with election evaluation standards. The Assembly is a body of political actors and has compromised. The statement has many elements that make us feel good, but there are also incorrect statements. The vote-buying is not done by political parties, but by the candidates of these parties. There’s a significant difference”, Krasniqi declared.

He added that while the elections were far from what Albania needs right now, they were also far from the electoral massacre that the opposition claims.

“The elections were dominated by businesses and individuals who were stronger in specific areas”, Krasniqi declared.

Daniel Prroni, from the Helsinki Committee of Albania, declared that the most valuable part of the report is the recommendations, which serve for further reforms.

“Beyond the narratives that the parties try to bring on the electoral process, if we compare the needs with the expectancies, we can see that we are not happy with the performance. We were engaged with the electoral reform, which we considered as non-transparent. The Central Electoral Commission showed goodwill for cooperation, but the electoral process is guaranteed through the engagement of many authorities. Maybe there hasn’t been an engagement of all political actors to guarantee the quality of these elections”, Prroni declared.

Gerti Shella, Director of INFOCIP, today’s guest on Absolut 4, declared that the CoE report for the April 25th elections is more critical than the one from the ODIHR observers.

However, he underlined that only three out of the ten conclusions are problematic in this report.

“The usage of the public administration resources for the elections, and the suspected electoral crimes. There were suspicions of electoral crimes committed by the parties. The third one is the environment created by the media dust, where the professional gravity of journalists cannot balance the gravity of media owners. This has been considered as one of the verified problems”, Shella declared.

He added that he wouldn’t surprised if the opposition finds a reflection of their concerns on this report and keep up with their political narrative.

Erion Tase, from the Political Studies Academy, said on Absolut 4 that the Electoral Code amends foresee what CEC should have stopped in these elections, but couldn’t regulate it with sub-legal acts.

According to Tase, their four-month monitoring process showed that PM Rama was a champion in reporting the state activities.

“We have followed it very closely and brought the recommendations thanks to our project for monitoring the usage of the state resources during this period. The first report showed a lack of awareness from high-level officials to inform. After January, the CEC started investigating 2-3 cases, making those officials more responsible, such as the Mayor of Tirana”, Tase declared.

He added that this matter was not accepted by the Appeals and Complaints Commission, which was a negative light for the CEC. “But we underlined that the agreement of the parties to amend the Electoral Code, brought a Code that provided what should be stopped, but didn’t regulate with sub-legal acts, didn’t give CEC the necessary capacities to conduct a thorough investigation and stop the violations”, Tase added, noting that the Electoral Code amendments were done by sitting the party representatives in a room and telling them they won’t get out without an agreement.

“We can blame the CEC for not implementing the decisions, but we must also blame the will of the political parties. They should show restraint from using the public administration resources when they are in majority. We monitored the electoral campaign and the ministers were candidates themselves. The Prime Minister, in these four months, was the champion of making reports. He reported every single activity. Legally, he is correct, but the activities were promotions that would benefit him for the elections”, Tase declared.