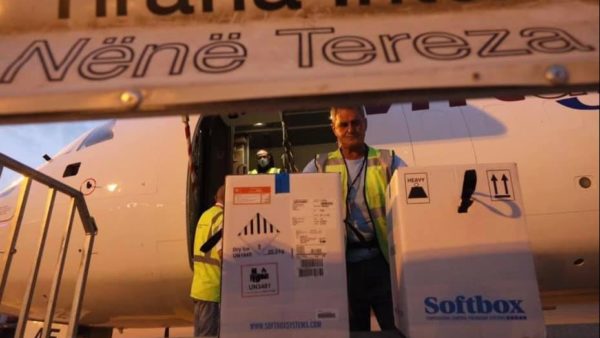 The Albanian Prime Minister, Edi Rama, announced the arrival of another dose of vaccines from the Pfizer company.

Rama said that the vaccination process will not stop until the last citizen has been vaccinated.

Today Albanai made 1542 tests and only one resulted positive. One person has died while 11 others have recovered.

There are 107 active patients with COVID-19 in Albania, while only three are receiving hospitalized treatment, two of them under intensive care.

The Albanian Health Minister, Ogerta Manasitrliy, announced that with the arrival of the new vaccines they can now reduce the age group to 50+. All citizens who are 50 or above are invited to take the vaccine through the e-Albania portal.

The former Health Minister, Tritan Shehu, today’s guest on A2 Ditari, appealed the government to take urgent measures in order to avoid a difficult winter like the last one.

According to him, the Chinese vaccine that was widely used in Albania is not safe, uncertified by EMA and the FDA, and which has an efficiency of 50%. For this reason, the former Minister says that autumn and winter could still be very dangerous.