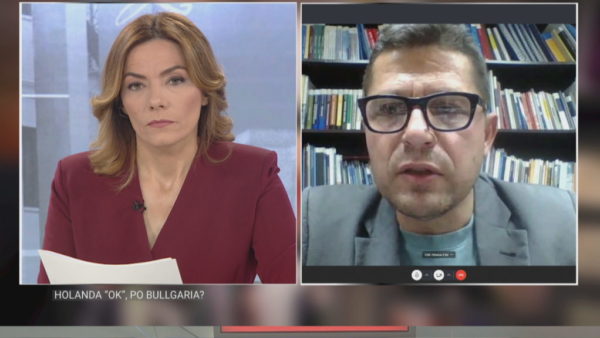 “The future of the enlargement process needs reforming, otherwise the EU is losing its credibility in this process”.

This is the opinion of political expert, Gjergji Vurmo, on A2 “Absolut 4”. According to him, this is an absurd situation and it is up to the EU to give a supporting signal to the Western Balkan countries, which should not be withheld by these absurdities.

“We are in an absurd situation. I think it is time for the EU to give a positive signal for their involvement in this context. The Western Balkan countries have a complicated history with each other. A development process cannot be withheld by such absurdities. History cannot be rewritten by populist politicians who take advantage of their position of force. It would be an extraordinary mistake, not only for these two countries but for the EU itself and the future of the enlargement process, which needs a reset. Otherwise, the EU will lose any kind of credibility”.

Although Vurmo says there is no room for optimism, he said that the EU doesn’t have the luxury to stop the process.

“The longer Bulgaria insists with its veto, the lonliest will it feel as long as the other countries will start commenting on the topic, together with other skeptical countries. We have a silent OK from France, but no other signal than that. If all of these countries would express their positive opinion regarding the EU accession negotiations, things would be different. It is an absurd situation for the EU itself, which doesn’t have the luxury to be stopped by such absurdities. Bulgaria is demanding North Macedonia to cede elements that affect their ethnic, national identity. This is very hard to be negotiated. This is a difficult agreement for both parties. Zaev has shown that he is ready for an agreement that goes even beyond the public opinion, such as the Prespa Agreement, the necessary step that North Macedonia should take after being blocked for three decades”, Vurmo declared.