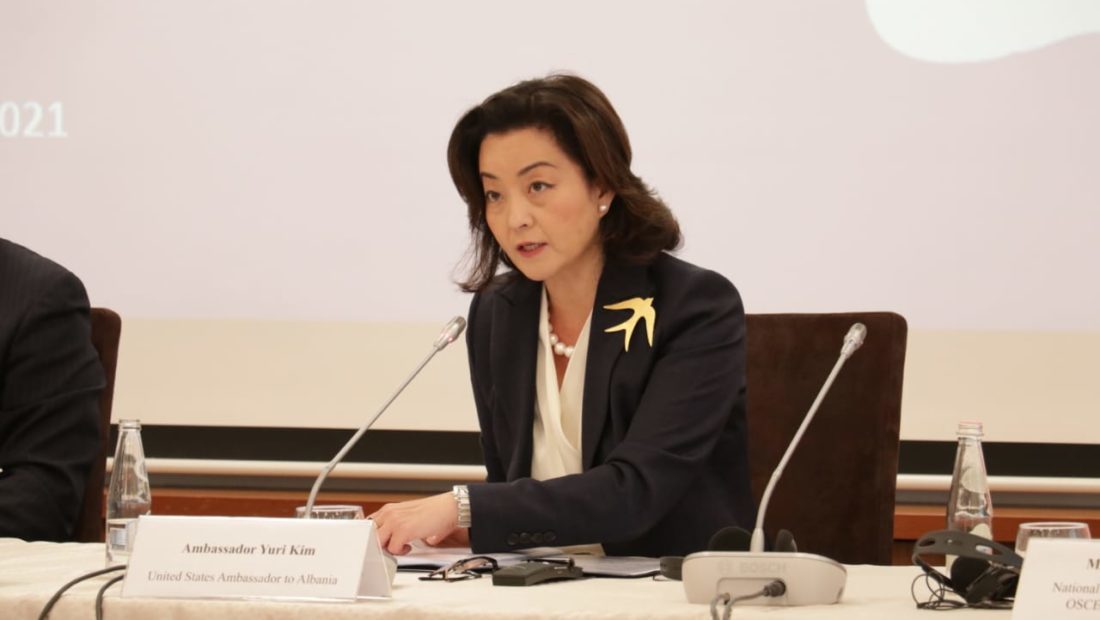 The US Ambassador to Tirana, Yuri Kim, underlined that the executive order of President Biden to seize the assets of people involved in corruption, aim to make accountable anyone who violates the human rights.

For the USA, the diplomat underlined, corruption and the fight against human traffic remains a priority.

“As you know, President Biden and Secretary Blinken have clearly declared that corruption, the violation of human rights, are not a threat to the USA only, but to the entire world. They have ordered all US agencies to protect the USA and their allies from the damage that such crime could cause”, Kim declared.

In a press conference held for the fight aginst human traffic, the US Ambassador warned once again that persons involved in this criminal category will have their property seized in the USA.

“President Biden’s order, which includes the entire Balkans, makes the fight for human rights a national priority. Those involved in crime and traffickers in the Western Balkans are a threat to our national security. If you have trafficked a human being, you will not be able to enter the USA. If you have a visa, it will not do you any good. If you have trafficked humans, the USA will take action against your property, if it is related to the USA. The order of President Biden demands commitment and engagement against crime”, Kim declared.