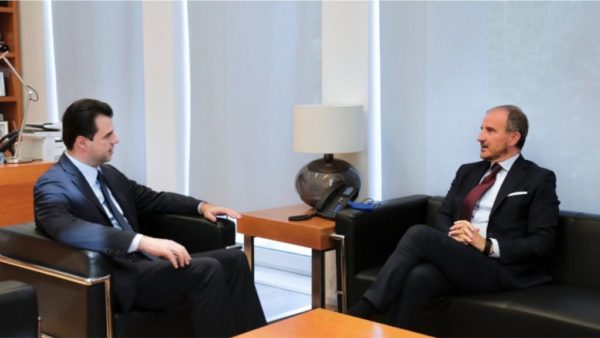 The Head of the EU delegation in Albania, Luigi Soreca, met today with the Democratic Party leader, Lulzim Basha, two days after his reelection.

Soreca announced that he discussed with BAsha on the current political situation on the verge of the new Parliamentary session that starts in September and the next steps for the EU integration process.

“After his reelection as the Chairman of the Democratic Party of Albania, I met today with Lulzim Basha to discuss the current political situation in the run up to the new legislature starting in September, as well as the important next steps in the EU integration process of Albania”, Soreca declared.