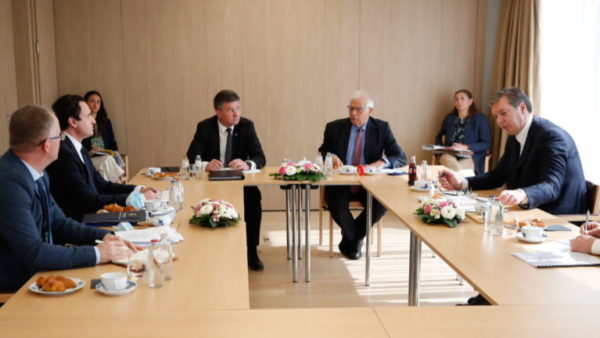 The first meeting between the Prime Minister of Kosovo, Albin Kurti, and the President of Serbia, Aleksandër Vucic, ended without agreement.

After the meeting, Kurti said that the Serbian side came with old ideas, while Kosovo presented four points for discussion.

Kurti declared he does not know the agreements of the past. He demands mutual recognition between the two countries, a request of the US President Biden, as stated by the Prime Minister of Kosovo in Brussels.