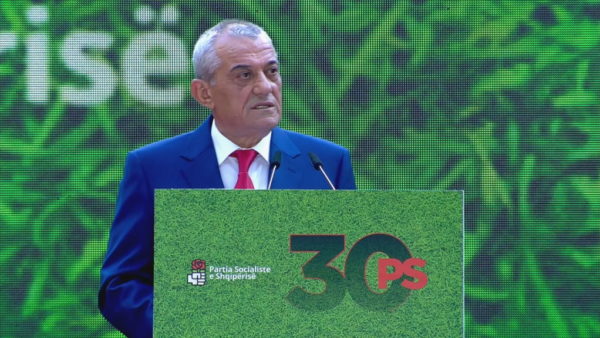 The Speaker of the Albanian Parliament, Gramoz Ruci, chose the Socialist Party Congress to resign from his seat as MP and from his party membership.

“On 30th anniversary of the creation of our party, with a third winning term, I announced that I will no longer exert my duty as MP on September 9th, and I will not be part of my political family that has given me so much in 30 years”, Ruci declared.

He held a greeting speech in front of the Extraordinary Congress of the SP, listing the historic achievements of the party.

Ruci expressed a special gratitude for Fatos Nano and Ilir Meta, both former Prime Ministers of the Socialist Party.