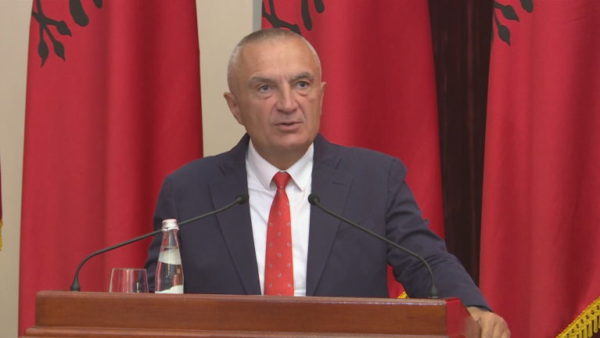 The President of Albania, Ilir Meta, held a press release regarding the Parliament’s decision to remove him from his duty.

Meta started his speech by saying that Albania is going towards parliamentary pluralism, referring to the fact that the current Parliament is without the opposition, which has resigned their seats since 2019.

However, the President added that the elections are not over yet. They should wait for all complaints and appealing processes to be over.

He claimed that the voting of the current Parliament for his removal from power is just a show to shift the public’s attention away from the investigation of the electoral crimes.

“I underline my readiness to meet the initiators of this show within the legal deadline, which was May 10th. I notified them several days ago and they refused, because they had been dictated that the President should abandon meetings with foreign officials and comply with the caprices of the Parliament. On March 10th, when the Socialist Party candidates for the elections were introduced, Rama included me in his campaign by mentioning me and posting posters around cities with my image. I was involved in the campaign for protecting the elections”, Meta declared.

“I am not troubled by the desperate act of the Parliament that was removed from its duty on April 25th. I expect to cooperate with the new majority and the new opposition, in the new Parliament, by always respecting the institution. I will be here until July 24th”, Meta declared.