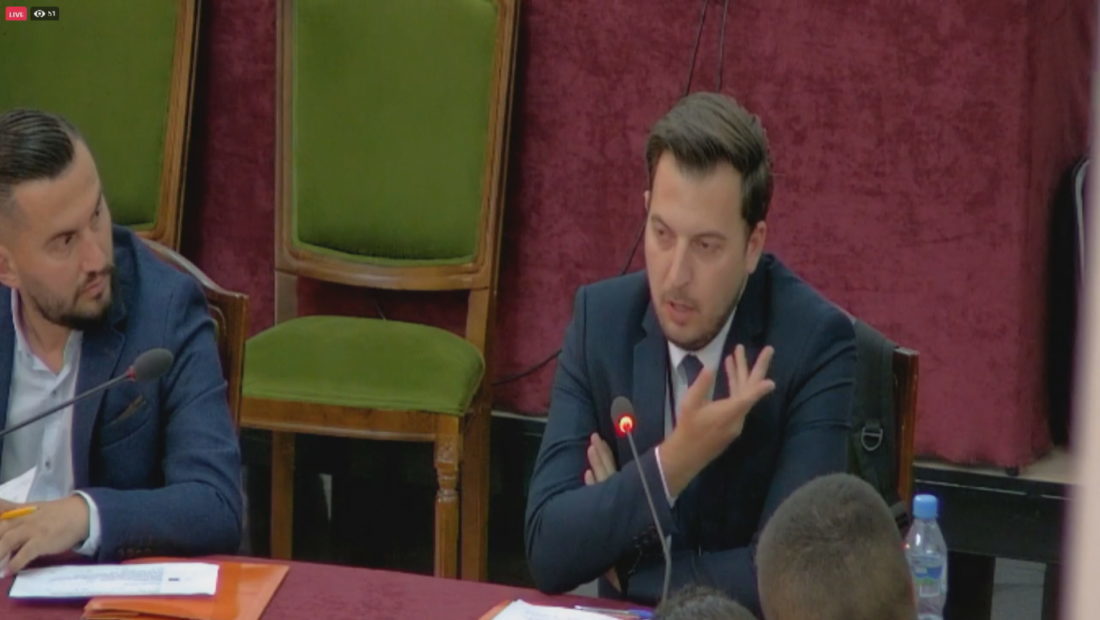 After the concerns raised by journalists for not being allowed to be physically present in the meetings of the Parliamentary Commission, the General Secretary of the Parliament, Genc Gjoncaj, met with media representatives to explain the government’s reasons for this decision.

Gjoncaj explained the audio-video system that will allow journalists to receive video footage from the meetings of the commission, and denied that the system was built to censor their work.

“Everything is commanded by the journalists. They will choose what to broadcast. There isn’t and there won’t be any movie director charged to choose the signal or the footage”, Gjoncaj declared.

The journalists raised concerns about the fact that this method will limit their work. They asked to be present in the meeting of the Parliamentary Commission.

A2CNN reminded the General Secretary of the Parliament that the initial project allowed journalists to stay inside the rooms of the commissions, although without cameras. Journalists asked to be allowed to film in the Parliament’s halls as well.

“The events don’t take place in the commission rooms, but also in halls”, said Esiona Konomi.