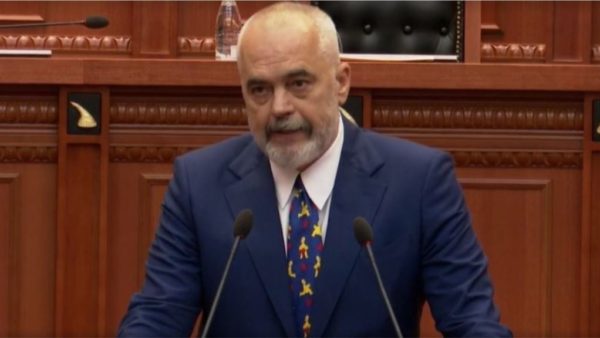 The Albanian Prime Minister, Edi Rama, attended the Parliamentary session for the impeachment of the Albanian President, Ilir Meta.

“He betrayed the mission of the President of Albania. He humiliated the Constitution of our country. He demolished the institution that guaranteed national unity. Meta has infringed the border that separates the powers in a parliamentary democracy. He has ashamed Albania and the Albanian people in the relations with the USA. He has scratched Albania’s face in the relations with the international communities. He has lost all the chances that were generously given him to go back to legal and moral reasoning. Meta can no longer be a burden to the people of Albania”, Rama declared.

Asking the Parliament to exert their will and remove President Meta from his duty, Rama expressed his regret for his friend of the past, as he called Meta, but said that he can no longer be President.

“The parliament must exert the will of the 90% to remove him from his duty”, Rama said. “The words about him as President are now over. Let the Parliament speak with their votes”.