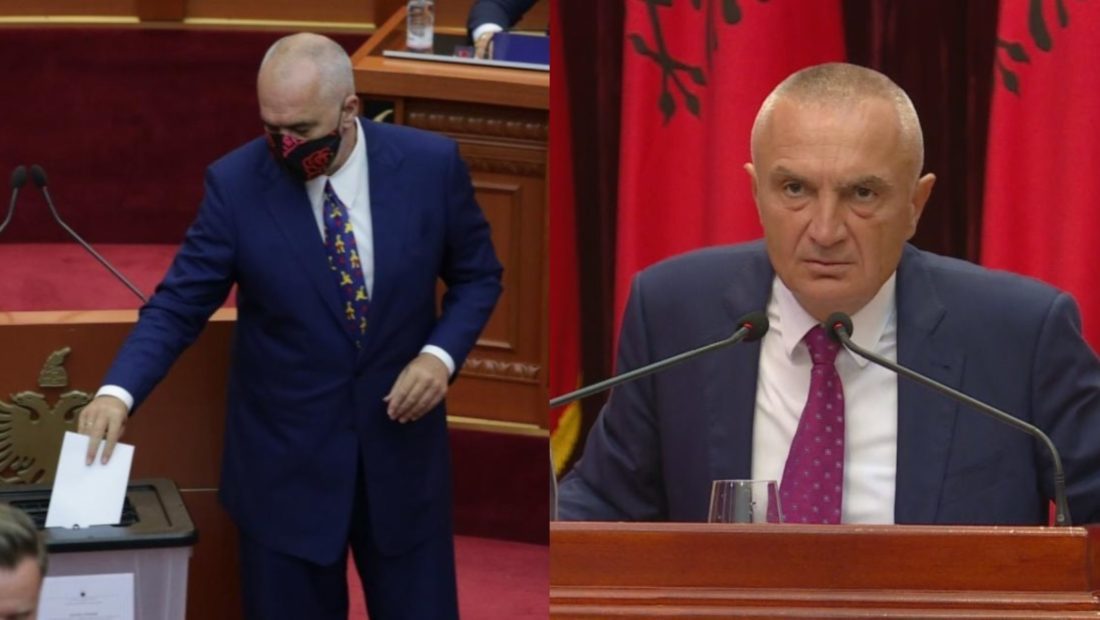 The MPs of the Albanian Parliament voted in favor of removing President Meta from his duty, by approving the report of the Investigative Commission with 104 votes in favor, seven against and three abstains.

After the verdict, the President reacted by posting on Facebook a gaff of MP Selami Jenisheri, who said from the Parliament podium that “We’ll protect our retired nieces and nephews, whose right to vote was denied”.

The Democratic Party reacted by considering it an anti-constitutional attack on the legitimacy of the President.

“This act deepens even further the anti-democratic features of the Rama-Doshi regime. These acts come immediately after the electoral massacre and the biggest electoral theft ever committed.

“The representatives of the organized crime in the monist Parliament of Albania will never be able to guarantee the Constitution or even taking decisions on its behalf. Rama has violated the Constitution hundreds of times and has been exposed to every Albanian as an enemy of democracy and the rule of law.

“The Democratic Party considers the decision of the monist Parliament as anti-constitutional and asks the Constitutional Court to remain unbiased and guarantee the independence of the Constitutional institutions, by refusing the farce for removing the President from his duty”, the DP declared.