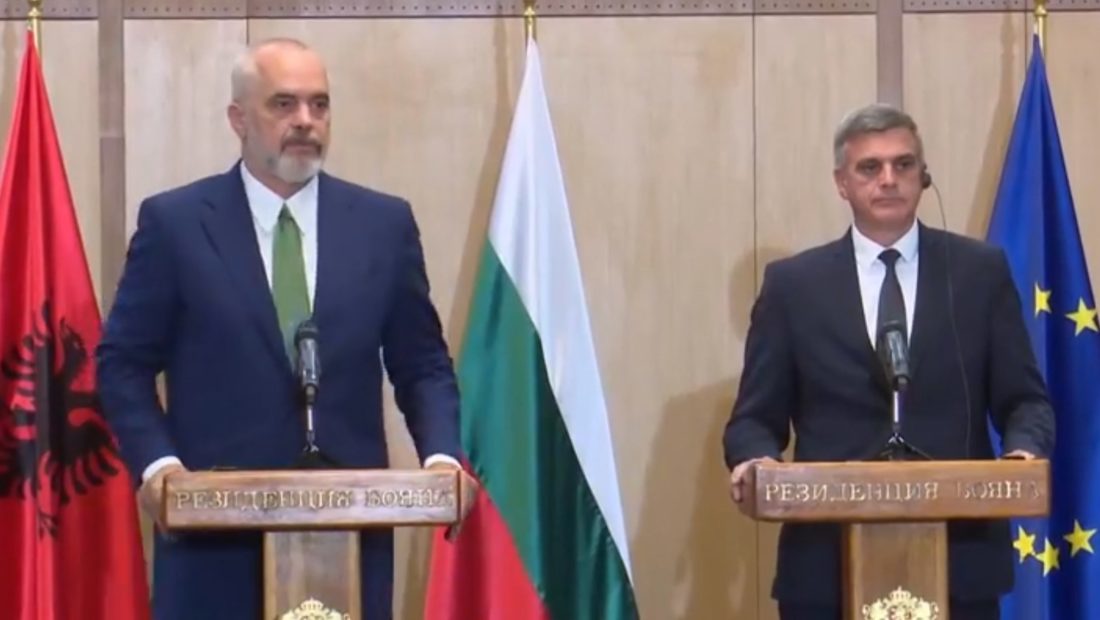 After his visit in Hungary, the Albanian Prime Minister visited Bulgaria, where he was received by his counterpart, Stefan Janev.

The two leaders discussed the relations between both countries, the matter of minorities and the integration process between Albania and North Macedonia.

Janev declared that Bulgaria supports the integration process of the Balkans and that their stance has not changed. He added that the issue with North Macedonia remains present.

The Bulgaria Prime Minister added that the issue with North Macedonia should be resolved with dialogue between the two countries and without foreign interventions.