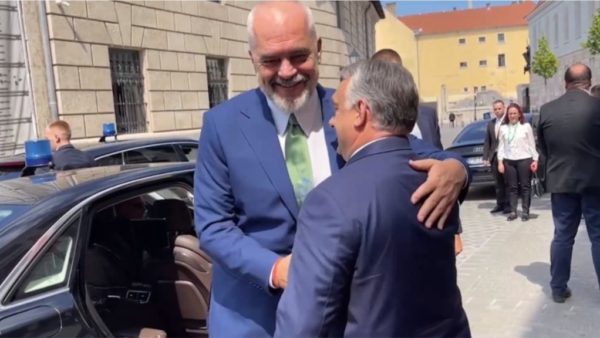 After receiving the Albanian Prime Minister in a meeting, the Prime Minister of Hungary, Viktor Orban, declared that his country is ready to help Albania with its European path.

Orban underlined that without offering any accession opportunities for this part of the European continent, that area will not be able to get economic or political stabilization.

“I want to introduce you to the Prime Minister of Albania, a great friend of Hungary for a long time now. We have started our cooperation a long time ago. We agreed that there will be no major distinctions in the foreign policy between the two countries.

“The most important thing is that the main cause right now is the EU enlargement and Albania’s accession. Hungarians not only support Albania, but we are also dedicated to help it become part of the EU, not only because it is motivated by our sympathy, but also by our interest.

“We are convinced that without offering accession possibilities to this part of the European continent, there can be no stabilization. Not only as regards economy, but also the political aspect. Albania will play a very important role in our European future”, Orban declared.