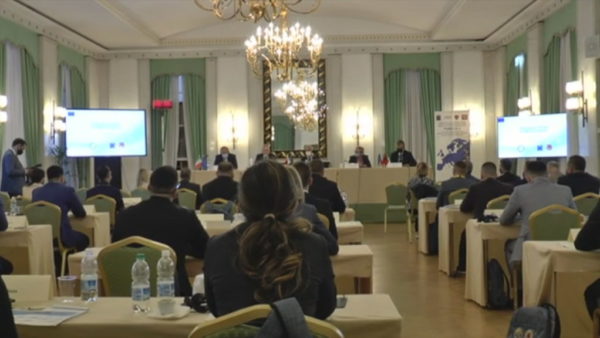 The first group of investigators from the National Bureau of Investigation has started its training in Italy. NBI is a new institution against corruption created by judicial reform, part of the Special Anticorruption Prosecution (SPAK).

Aida Hajnaj, the NBI Director, and the SPAK director, Arben Kraja, were received by high-level leaders from the Italian DIA, the anti-mafia institution that offers the training.

The Italian embassy posted a picture in which they explain that the Albanian investigators will be there for one week. Besides training, they will also visit the premises of their Italian colleagues.

Sources from SPAK confirmed for A2 CNN that as soon as the NBI investigators return from Italy, a bigger training process will start by the FBI.

FBI experts will arrive in Durres and will train the Albanian investigators for one month. After this training, the Albanian NBI will be ready to start operating in August, under the direction of the SPAK Prosecutors, which is expected to bring the first concrete results in the fight against organized crime, corruption, and other areas.