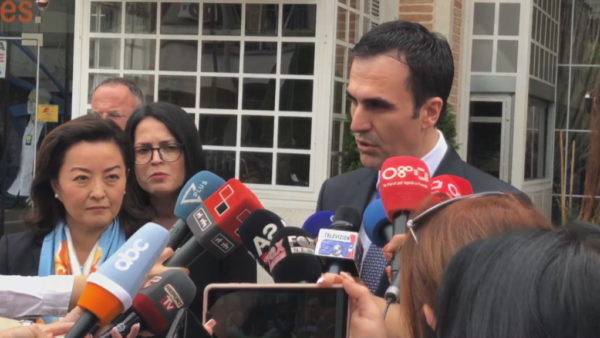 The Prosecutor General, Olsian Cela, met with the US Ambassador today in the town of Pogradec, where they met with the coordinators of the justice system victims for Korca, Elbasan and Pogradec.

According to the Prosecutor, the meeting focused on the situation of crime in the Albanian society, especially against women. This is an effort to raise awareness among judges and prosecutors so that they can protect the victims and put them in the center of attention.

The US Ambassador underlined that the coordinators play a vital role in the judicial reform. “We wanted to see how they are doing and how we can help. We spoke with the Prosecutor about pursuing the investigations for the electoral crimes. The victims should receive justice and perpetrators must be punished. We also spoke about the very important role of prosecutors”, Kim said.