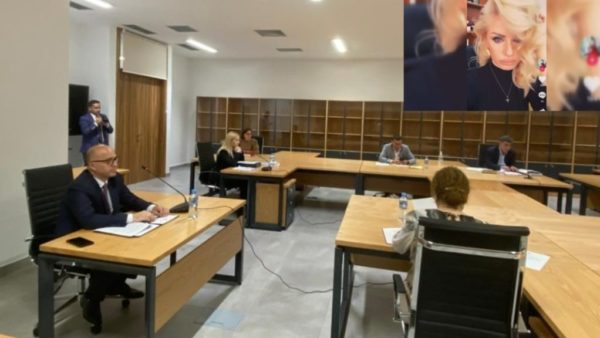 The President of the Elbasan Court, Enkeleida Kapedani, attended the disciplinary session held today at the High Council of the Judiciary. Kapedani caught attention recently after several videos of her were published on TikTok. In those videos, she was seen parading in the Elbasan Court premises and promoting her luxury clothing.

Kapedani resigned and apologized to the public for the incident, but she claimed that her videos were private and were shared by other people without her knowledge. According to Kapedani, this was done by someone “whose toes she had stepped”.

The former Court President asked the members of the disciplinary commission, who had asked for her removal, to see her results as a professional in managing the Court. “Do you know how much the Elbasan Court has changed? This was intentionally made to attack me as a woman, as a mother and as a professional. The public didn’t have such harsh reactions even when Judges were caught committing crimes. I have always trusted in the human justice, but even more on the rule of law. I became a sacrifice of those who wanted to reach their goals by using me”, kapedani declared.

She asked the Commission to judge the case with cold blood rather than being “pressured by the internet views and let the crime world affect their ruling”.