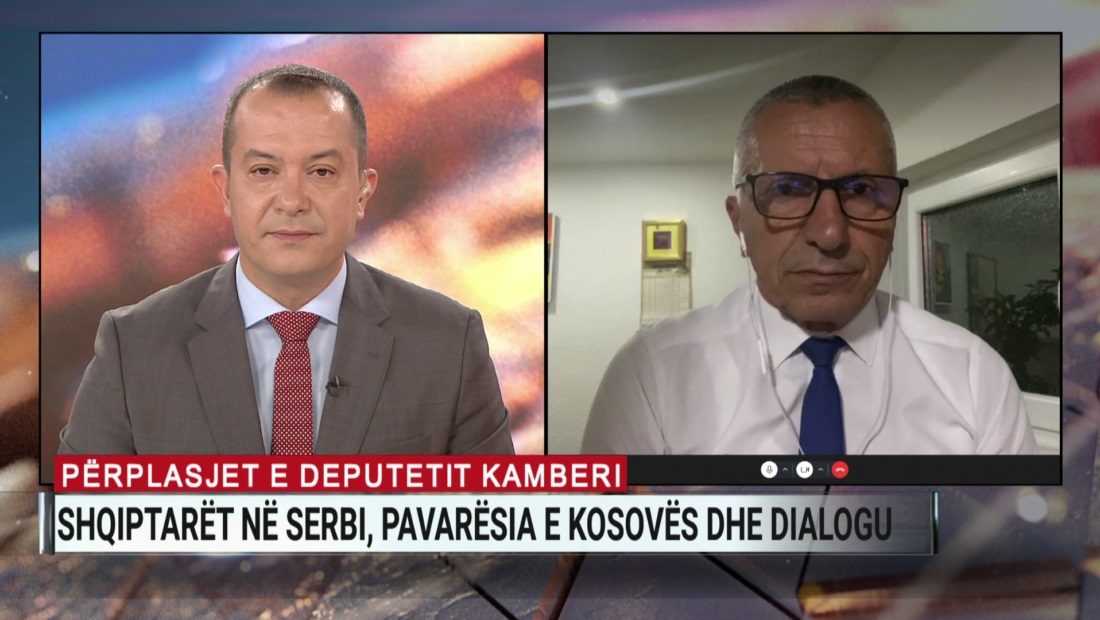 The debate for the Constitutional Amends in the Parliament of Serbia was followed by harsh debates.

The main protagonists were the Albanian MP of the Presheva Valley, Shaip Kamberi, and the Serbian Prime Minister Ana Brnabic.

Kamberi spoke about a thorough amendment of the Constitution, mentioning as main issue the part that considers Kosovo part of Serbia.

“In today’s session I presented the need of accelerating Serbia’s integration in the EU. The Constitution should be changed thoroughly, not only partially.  This irritated Brnabic, which used denigrating words and tried claim that Kosovo had committed crimes against Serbs. I reminded her the massive cemeteries in Serbia full of Albanian bodies”, Kamberi declared.

He was asked about the visit of Palmer and Lajcak in Belgrade, one day ago.

“I hope that it will be a serious initiative from the USA to convince Serbia get into dialogue with Kosovo and reach a final agreement. However, I am skeptical. Serbia has the presidential elections next year and I cannot expect Vucic to recognize Kosovo before the elections. The EU has many mechanisms to convince Serbia change their behavior”, Kamberi declared.