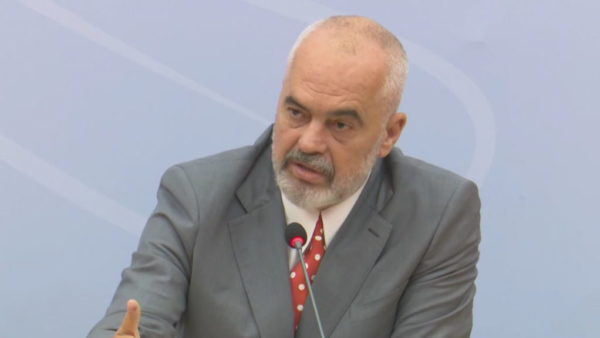 The Albanian Prime Minister, Edi Rama, accused the EU leaders of blocking Albania and North Macedonia from progressing with the negotiations. In an article published on “Bild”, Rama says that this delay is being done for populist reasons.

“The EU has broken promises and is dividing the Balkan people with political cynicism. I feel just like in the book ‘Waiting for Godot’. They only give words, but nothing happens”, Rama declared.

As Prime Minister of Albania, Rama explained that our country is not ready to become an EU member. He underlines that this is no reason enough to not start the first intergovernmental conference. According to him, Albania has completed the reforms requested by the EU, and the European Commission recognized the commitment and extraordinary achievements of our country”, Rama declared.

“It is a very dear ambition for our nations, for many times, for both Albania and North Macedonia, to join the EU, so that our citizens can benefit from a free market and be part of this big democracy. Let me make clear one thing. As PM of Albania, I fully recognize that we are not ready to join the EU today, neither North Macedoni or the rest of the Western Balkans.

“When the European Commission asked from Albania and North Macedonia to carry out some reforms before the negotiations, we did so. Some of them, such as the judicial reform in Albania, are unprecedented for a country that has not yet entered the negotiation process. But we made progress and the European Commission recognized our full commitment and the extraordinary achievements in some cases.

“Albania and North Macedonia have more than a few problems. It is exactly for this reason that we want to accelerate the process of integration into the EU, in order to have the tools at hand to solve precisely these problems”, Rama declared.

According to the Albanian PM, the EU urges politicians in Western Balkans to put their entire careers at risk for the integration process, but they don’t give up any of their political comfort.