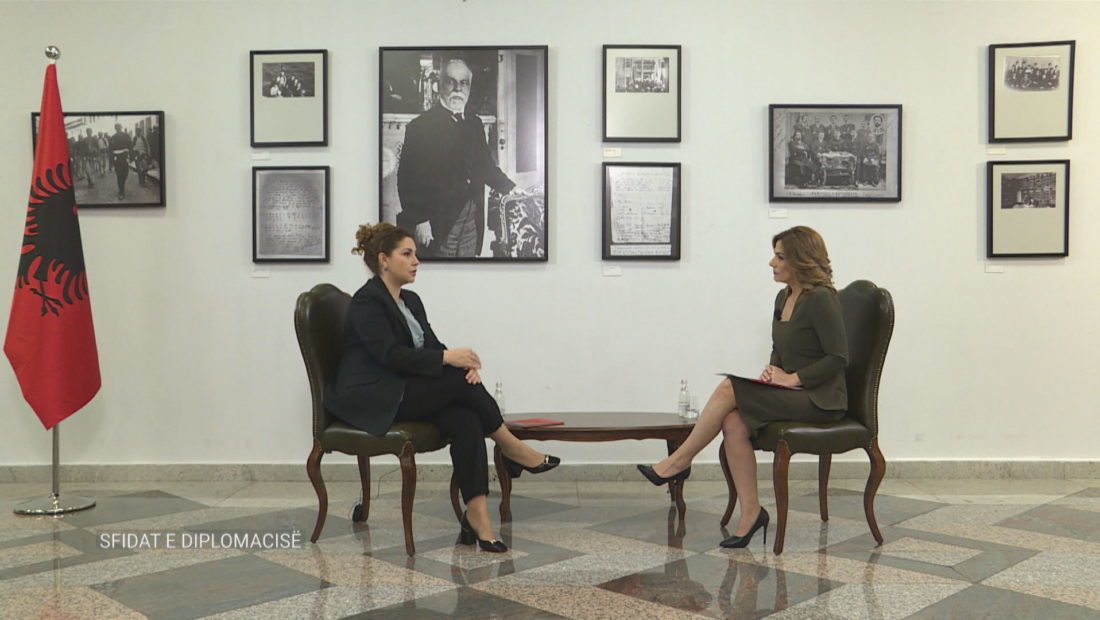 Albania will sit at the UN Security Council for a 2-year term on June 11th. Before her travel to the USA, the Albanian Foreign Minister, Olta Xhacka, explained in an interview for “Absolut 4” the functionality and the priorities that our country will have in this important global enterprise.

According to her, the Eastern European group our country is part of has decided consensually to support Albania for a two-year term in the UN Security Council.

“It is an important moment that Albania has been a membr of the UN for 65 years, and has never had this opportunity. being a permanent or non-permanent member of the Security Council. Albania is part of Eastern Europe and this group has consensually decided to support Albania for a tw-year term in the table with the five permanent members: the USA, Britan, France, Russia, China and one member chosen by the UN. The selection will be made on June 11th, and Albania is undisputed that this has received a long lobbying campaign from all foreign service structures. It is a consensual choice for its group and it’s safe”,  Xhacka declared.

The Foreign Minister underlined that Albania will face decision-making that are not in its state interest, but she underlines that it will be on the sam line with the strategic partners, such as the Eu and the USA. According to her, the priorities of our country will be the rights women and freedom rights. The fight against violent extremism and constructive cooperation between countries.

“The work at the Security Council and the Un will connect us to many people. The Security Council is the highest decision-making table that takes decisions on peace, security and the stable regional and global development. Albania will face decision makings that have not been part of its state interest. The decision making should be in line with other countries, such as our strategic partners, the EU and the USA. We are going             to need a group of experts, as we are going to have to deal with several decisions and matters. Our priorities will be the women rights, the freedom rights, law, fight against violent extremism and the UN working methods, making cooperation within states more constructive and positive.”

When asked which would Albania choose if placed between the USA and the EU, Xhacka said that every matter will be studied to give a better contribution in favor of the national interests, by protecting its priorities.

“It is difficult to say in principle how we are going to align for things that are not related to the tangible interest of Albania.