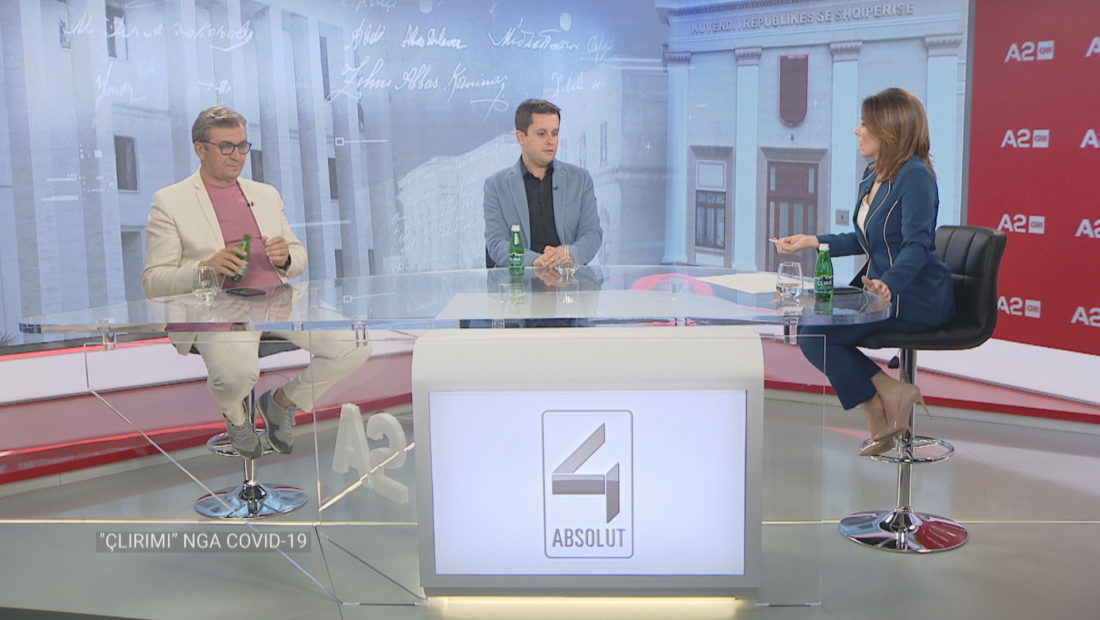 The Head of the National Emergency, Skender Brataj, discussed the current situation of Albania with COVID-19 on A2’s “Absolut 4”.

According to Brataj, the situation in Albanai is relatively good, but citizens must be careful, as the virus has not disappeared yet.

As regards the restrictions, Brataj said that they can be reviewed again later based on the epidemiologic situation.

“We need to read te numbers carefully. We have 43 patients receiving treatment, but there newcomers as well”, Brataj declared.

Albania hasn’t received the Indian variant of COVID-19, but it doesn’t mean it won’t come in the future

Albania has not received the Indian variant of the coronavirus, according to Brataj, but this doesn’t mean that it will not come in the future.

“There are no suspicions about the Indian variant in Albania. There are more than 1000 mutations. The dominating one are the ones we already went through. This variant is prevalent on the others, to the point of not allowing the flu this season. We don’t have any case, but it is present in 44 states. In January we had the British variant”, Brataj declared.

The Head of the Nationl Emergency declared that they don’t expect anymore serious waves as the ones that were just overcome, as the vaccination process will help avoiding it.

“The vaccines will give their effects. The market will have even more vaccines later”, Brataj declared.

Greece had 38 deaths today, it’s senseless that they are closing the border

As regards the movement in EU countries, Brataj declared that these are affected mostly by geopolitical factors, such as the case of Greece.

“It makes no sense. Greece has 38 victims in 24 hours and they don’t allow Albanians to enter their country. It is affected by politics. However, summer will be easier for Albanians”, Brataj declared.