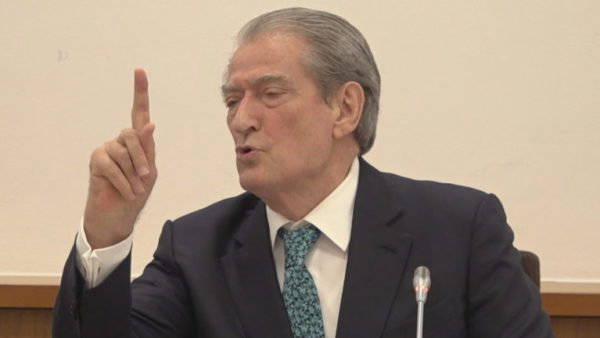 The former Prime Minister, former President, and former Democratic Party leader, Sali Berisha, became the fourth and highest-level official in Albania who was blacklisted by the USA.

Different from others, Berisha was the first one who responded to the US State Department, suing him for slander after Washington accused him of corruption. The US State Secretary, Antony Blinken, also blamed him for undermining democracy, the man whose name is mostly related to Albania’s democratic process.

“Today, I am announcing the public designation of Sali Berisha, a former President of Albania, former Prime Minister of Albania, and former Member of Parliament of Albania, due to his involvement in significant corruption.  In his official capacity as Prime Minister of Albania in particular, Berisha was involved in corrupt acts, such as misappropriation of public funds and interfering with public processes, including using his power for his own benefit and to enrich his political allies and his family members at the expense of the Albanian public’s confidence in their government institutions and public officials.  Furthermore, his own rhetoric demonstrates he is willing to protect himself, his family members, and his political allies at the expense of independent investigations, anti-corruption efforts, and accountability measures.  With this designation, I am reaffirming the need for accountability and transparency in Albania’s democratic institutions, government processes, and the actions of Albanian public officials”, Blinken stated.

Same as with the other three officials, besides Berisha, his wife, and two children also lost the right to enter the USA.

“In addition to Berisha, I am publicly designating his spouse, Liri Berisha, his son, Shkelzen Berisha, and his daughter, Argita Berisha Malltezi. These individuals are ineligible to travel to the United States”, Blinken declared.

Berisha followed the tactic “attack is the best defense’. He responded to the accusations of the US State Department with another accusation, that of slander.

“I instructed my lawyer in a  neutral country, France, to sue Mr.Blinken for public slander. Blinken may claim that he has immunity, as Secretary of State. This is a lie. The immunity can be given by courts, in a relative way, which means that Blinken has immunity when he commits normal acts as a representative of the government of his country. According to my lawyer, Blinken is not protected by any immunity. Therefore, he will be sued and punished by the Court of Paris, where my lawyer has filed the lawsuit”, Berisha declared.

For his legal protection, Berisha chose one of the best-known lawyers in France. He avoided the questions about who he was, and how he would be paid. Politically, he was supported by Lulzim Basha, who expressed his regret about the decision and repeated the words of his political mentor, asking the USA for evidence.

Basha was careful to underline that this event does not damage the relations of the USA with the DP, the same way as Berisha considers the legal action as his own initiative for defending his personal dignity.

“Dignity is the most essential matter of a man. When you touch the dignity of a man, you devaluate him in front of his family, his friends, and the community. I have been a President and a Prime Minister. I have been responsible for the dignity of these people”, the former PM declared.

Journalist Mento Kikia sees Berisha’s action as a lawsuit against US diplomacy. “It’s a legal battle not only against a US official but against an entire institution of the USA, such as the State Department”, Kikia declared.

For as long as no evidence is published against him, Berisha will not resign from his post as MP. This approach had been warned on A2 CNN by analysts Afrim Krasniqi and Lutfi Dervishi.

But will the Democratic Party be damaged by this legal battle?

Berisha’s counterattack came on the same day when former Prosecutor General Adriatik Lalla, one of the four persons barred from the USA, was sentenced to two years in prison, and his wealth was confiscated.

The US representative to Albania, Yuri Kim, used this case to respond to the question of dignity, which was mentioned by Sali Berisha.

“Good to see SPAK delivering more and more results. This case, which involves a former high official barred from the USA for significant corruption, shows that no one – no matter how powerful – is above the law. When all are equal before the law, all have dignity. That is true dignity”, Kim said.

Berisha may have started what could be his last battle in his public life. But he won’t be the last one having issues with the Americans. As the US Ambassador declared from Vlora, Albania is changing.

“After 3 years of paralysis, the Constitutional Court became functional on Dec 2020. Since then, the Court has reviewed 100 cases and issued 25 decisions. Tough cases coming up. Justice reform is real. The USA will be with Albania until the justice system is fully functional”, Kim declared.