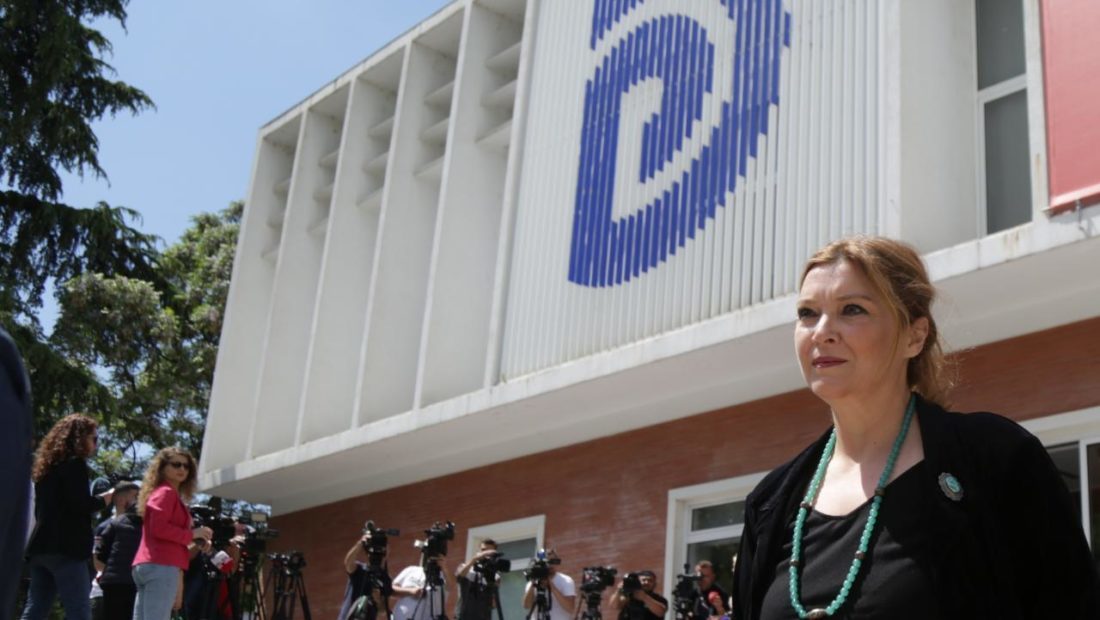 Edith Harxhi is officially the second rival of Lulzim Basha for the Democratic Party leadership in the June 13th elections.

Harxhi has studied at the Edinburgh University, in the UK. She graduated with a Bachelor of Arts in Political Science and International Relations.

Harxhi served as Deputy Foreign Minister from 2005 to 2013. She was responsible for the relations with internal organizations, NATO and the EU integration process.

She also focused on Albanai’s relations with other Southeast European countries and the regional neighbors.

Harxhi has been the special envoy of the Albanian government in many capitals of the world, as she lobbied for the independence of Kosovo.

From 2003 to 2005 Harxhi has worked as an international adviser to the UNDP, as an adviser to the Prime Minister of Kosovo. She also worked with UNMIK on Gender Matters, and co-authored the First Law of Gender Equlaity in Kosovo, in cooperation with a partnership with Woman Associations, the Kosovo Parliament and Civil Society.

Harxhi is fluent in English, Turkish, Italian and French.