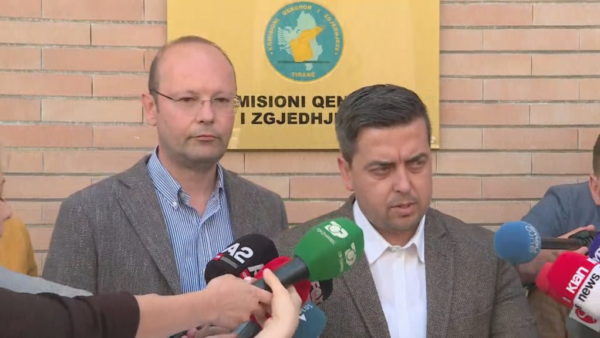 The Appeals and Complaints Commission (KAS) has rejected the claims of the Democratic Party and Socialist Movement for Integration to invalidate the election result in Gjirokaster. Three out of five members voted to reject the decision, two were against.

KAS is discussing today the request for the invalidation of the elections in Berat, a procedure that will be more detailed since the parties involved have already administered the findings after opening the ballot boxes.

Altin Kaziaj, CEC member from the SMI, requested to invalidat the elections in Dropull, and as result for the entire region of Gjirokastra, claiming that citizens traveled from Greece and did not respect the COVID-19 protocol to get quarantined, but voted and were even commissioners for the Socialist Party.

The DP representative, Marash Logu, said that the Minister of Interior, Bledar Cuci, set up a criminal structure for buying votes through cash and threats. He also accused KAS members of not taking into account the evidence presented by the opposition.

Kaziaj warned that the complaint would be taken to the Constitutional Court as well.