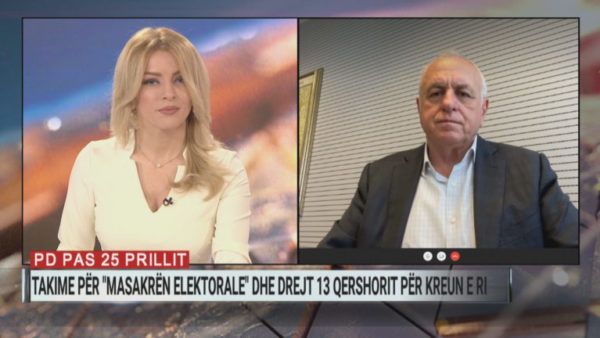 Tritan Shehu, from the Democratic Party, declared from A2 “Ditari” that the main part of the opposition is confronting the “regime”, as he called the Albanian government, in all possible fronts to document the electoral massacre.

“The electoral massacre has been proven even by very superficial investigations made by the Central Election Commission and the Appeals and Complaints Commission.

“It is clear that there has been a massive usage of money to buy votes. This deforms the Albanian democracy for which the DP will continue its confrontation in all arenas, inside and outside the country, and even in Parliament, where we will be back this September. The DP must use every possible space to confront the regime”, Shehu declared.

But was it the right moment to vote for the Democratic Party leader?

“This is something closed, after the decision of the council. This cannot and should not stop the documentation of the electoral crime in the April 25 elections”,  Shehu declared.

Shehu, a former leader of the Democratic Party, declared that he will not run in the next internal elections.