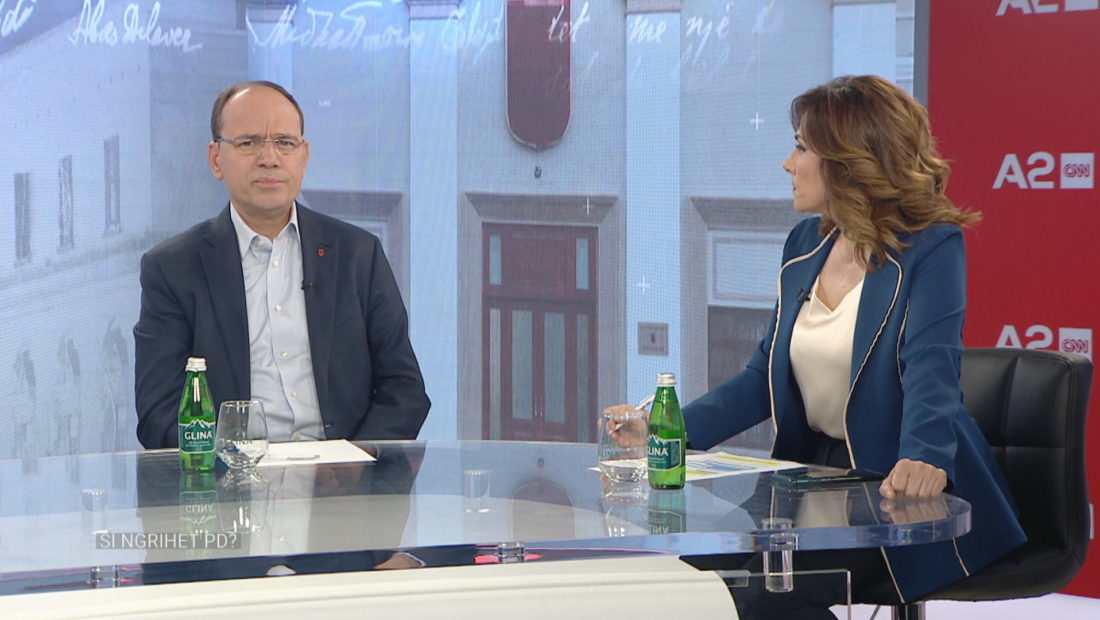 The head of the Democratic Party National Council, Bujar NIshani, declared that after the April 25th elections, DP must remain an alternative to the ruling party and a model for the future government.

Nishani declared that the current failing model must change. This requires reflection and a deeper analysis that cannot be an exclusivity of a group of people. It should remain at the base.

“Albania didn’t see any change after the April 25th elections. We have a government with problems that will only get more in the future. The DP remained once again in the opposition. The difference of the electoral force is the same as when the DP renounced their Parliamentary seats and started another battle. It wasn’t what the public opinion was expecting. It was a duty of the DP. Why did this happen? The DP was unable to face with the elements of what was right and wrong, legal and illegal, so that Albania could start a different path. The DP in opposition is nothing new since 2013. The DP has not won any race and the reflection comes from a deep analysis. The analysis is not an exclusivity of a group of people. It should start and stay at the base, with the people who have confronted it better. What we need is to start a different project that what we have. It showed that it is not a winning one, such as the governing deformations and the creation of a parallel state. Let’s change this model which resulted with a failure”, Nishani declared.

For Nishani, the only ways to bring down Rama’s government  is a mechanism similar to the current one, but more powerful, with more massive support from the citizens, something that the DP couldn’t achieve.

“The model changing has several links. It is required to reflect on how to bring down Rama’s government. There are two ways: if we’re talking about an electoral massacre, exploitation of the public administration, cooperation with the criminal groups, one of the ways is to have the DP build a similar mechanism, bringing down the injustice with a bigger popular will. The opposition cannot control the police, the prosecution, the budget or the strong groups. They have a mechanism that is more powerful than anything, the massive support from the citizens. And we couldn’t achieve this”, nishani declared.

The former President of Albania says that the DP has created a distance from the citizens, while the current society has changed in its structure. And the analysis should be based on the new reality.

“If we follow the model of an individual who can realize anything, that’s impossible in 2021. The society has changed a lot. The structure of the government has changed and we need to analyze the reality that we are seeing. The DP is getting smaller because they have created a distance to the Albanian citizens. These theories don’t affect the new generation, the citizens’ reaction. We want Albania to change, but we must prepare the mechanisms of a smaller entity, such as the political parties. The DP must remain an alternative to the government, a model for the future”, Nishani declared.

The Head of the National Council of the Democratic Party reiterated once again that Lulzim Basha must resign from the DP, after two losses, and make way for a new DP model. He said that the path for reforming the DP will be long and with sacrifices.

According to Nishani, whoever thinks that the critical voices will disappear just like in 2017, are very wrong. The battle will continue until Basha’s model is brought down.

He added that if the Democratic party doesn’t react right now, it will be eliminated. He made appeals to renew this political force in order to recover.

As regards the internal elections within the DP, and the way how they are being organized, the Head of the Democratic Party National Council underlined that Lulzim Basha is deciding when the elections will be held and who has the right to run. The Electoral Commission of the DP is not fair and biased towards Lulzim Basha, according to nishani.