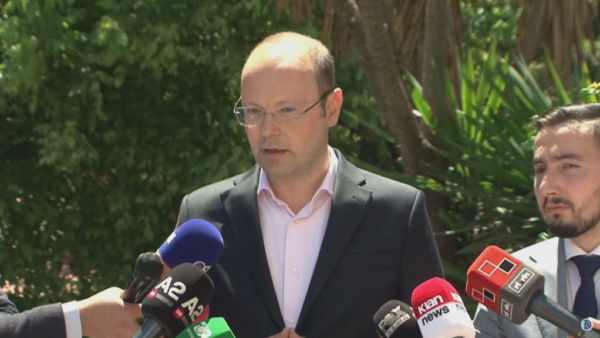 The Secretary for Electoral Matters at the Democratic Party, Ivi Kaso, accused the Appeals and Complaints Commission of violating every possible electoral standard by refusing the request of the Democratic Party to search evidence from the other institutions.

The DP claims that the government has used the public administration to buy votes by hiring more people in the public administration, by issuing more legalizations for private buildings, and by spending more money on social welfare and aid for the earthquake victims. They asked the Complaints and Appeals Commission to request information from the public institutions about these facts and prove that the elections were manipulated.

According to Kaso, by rejecting this request, it is proven once again the electoral massacre that took place on April 25th.

“This request, rejected by the Appeals and Complaints Commission, is more necessary than ever to reveal the full dimension of what we considered an electoral massacre on April 25th. The other evidence that are being taken, as requested by the opposition, are proven the irregularities and the violations that characterized this process. The silence of the Appeals and Complaints Commission, is a violation of every electoral standard, and it goes against the interest of the Albanian citizens”, Kaso declared.