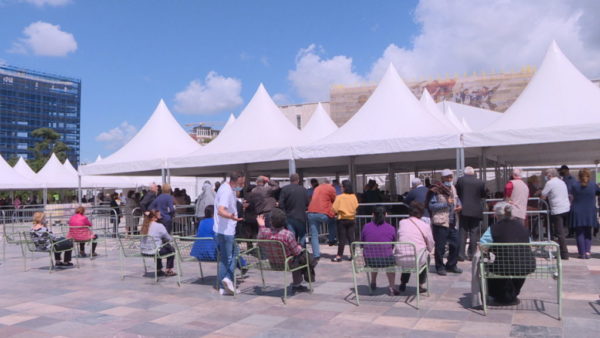 On the third consequent day, senior citizens formed lines to receive the second dose of the COVID-19 vaccine, but without result.

After waiting for hours under the hot sun, at noon they were told to go home.

The reason was the absence of vaccines for the second dose. The “Air Albania” stadium has suspended the vaccination process, which has led citizens to the Skanderbege square.

Revolted citizens say that the massive vaccination was only possible during the electoral campaign.

Authorities, on the other hand, declared that the vaccination is going on with 670,000 taken so far, while 200,000 citizens have already received the second dose.