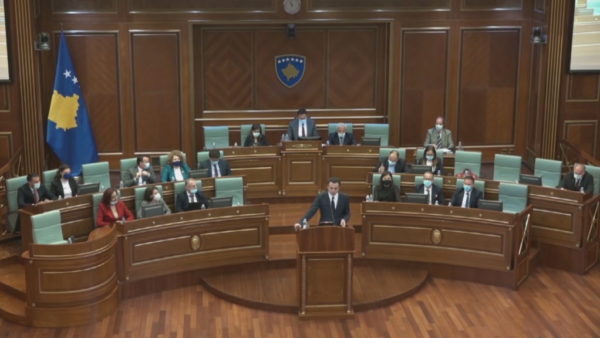 He declared that Kosovo is on the right track on vaccinating 60% of the population by the end of the eyar.

The dialogue with Serbia was the topic that spurred more debates on the floor.

“Kosovo accepts dialogue as an equal party, ready to discuss issues such as the missing persons, the violent evictions, the damage, war debts and the repression caused by Serbia to Kosovo”, Kurti declared.

The opposition criticized Kurti’s government program, which, according to the LDK does not have concrete objects, such as accession in the Interpol, UNESCO and other international organizations.

Kurti promised to sue Serbia for genocide at the International Court f Justice. “As regards the delayed justice on the Serbian crimes during the 1998-1999 period, we will establish an institution for crimes committed during the war in Kosovo. We will sue Serbia for the genocide committed in Kosovo”, Kurti declared.