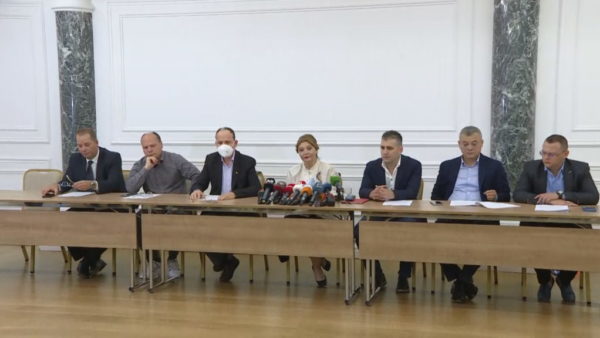 After the April 25th elections, which resulted with a third term for the Socialist Party, many voices within the Democratic Party, Albania’s biggest demanded the resignation of their leader, Lulzim Basha. On the other side, Basha appeals his party members to focus on the contestation of the elections, which the DP considers an electoral massacre, accusing the SP of manipulations.

The National Council of the DP met today, and it was decided to hold the internal party elections on June 13th. However, the Group for the Democratic Party, which is composed of Basha’s opponents, declared that this meeting rather than making an analysis of the loss, decided for early party elections, projecting Basha’s “electoral massacre” within the DP.

According to them, Basha appointed an Electoral Commission in a very unilateral way. These members will decide on the criteria for allowing new candidacies. The “Group for DP” states that the June 13th internal elections are deformed in its genesis, but however, they will keep fighting this political battle.

“This decision shows that Basha’s concern is not the shameful loss of the April 25th elections or the electoral massacre, but holding his post as party leader. He didn’t wait for the court decisions or the certification of the elections. He hurried to certify himself as party leader.

“The rush doesn’t aim to reform the party, but to eliminate debate and an open race. The leader appointed the members of the Electoral Commission in a very unilateral way. This commission is just an instrument of the leader and it doesn’t secure equal conditions for honest competition. The Commission will also decide on the criteria, which means that the party leader will decide who will be his opponents.

“How can we expect free and fair elections within the party, when the leader, who has lost four consequent elections, doesn’t resign but decides to run once again, using the administration and all the other resources of the party”, says the Group for the DP in a press release.