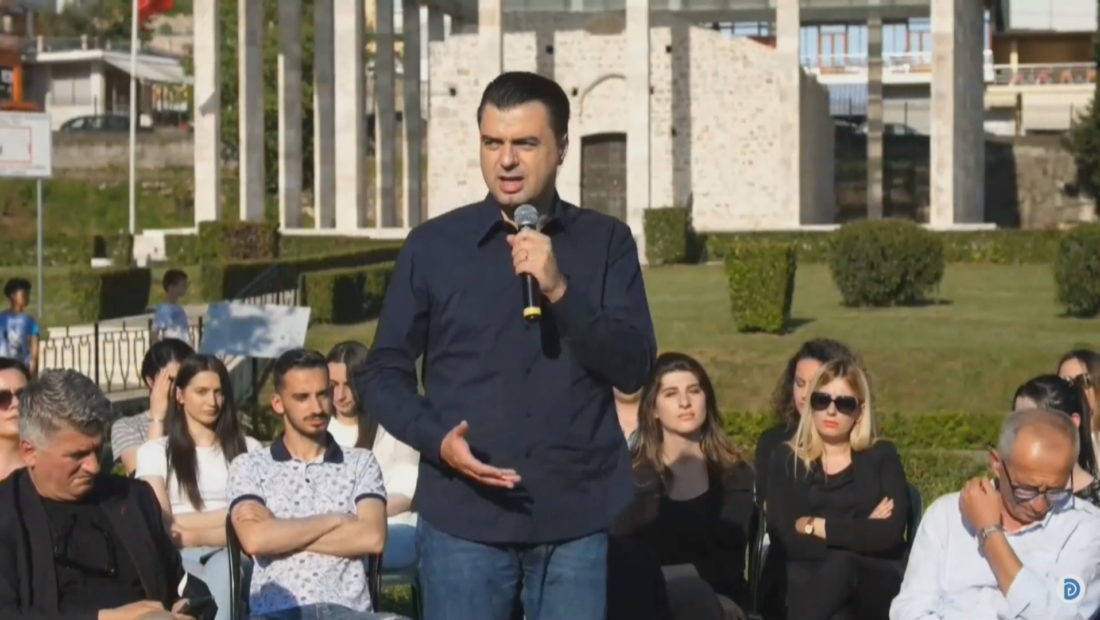 As many internal members call for his resignation, the Democratic Party leader has started a tour throughout Albania before the party’s internal elections.

In his visits to Durres, Lezha and Fier, Basha focused on the fact that the April 25th elections wree an electoral massacre.

Although he refuses to admit the loss and recognize the election result, Basha used these meetings to tell the party members that there is room for reflection.

“The Democratic Party has been and remains a big house where everyone will be able to give his own contribution, sacrifice and freedom of expression. It has its flaws, and this involves me as well. But no one is unwanted in our big house. You have always had the possibility to choose, and you will still have it”, Basha declared.

The signals for internal elections within the Democratic Party get even stronger after the fact that Basha has called a meeting of the National Council this Sunday. However, analyst Alfred Lela is skeptical about this fact.

“I think that the National Council and the DP leadership will be facing a done deed. Basha made his tour a done deed and now he is calling them not to ask them (about the future decisions), but to inform them”, Lela declared.

“If there will be elections, the Democratic Party should not turn its internal process into a façade.

Nothing official has been declared from within the Democratic Party for possible internal elections, but the Leadership Member, Fatbardh Kadilli, has challenged Basha.

For Lutfi Dervishi, Basha’s tour is not only about the internal elections, but also to encourage the DP members to collect more facts that may prove the manipulations in the April 25th elections.

A group named “For the DP”, inside the Democratic Party, composed of old Democratic Party members, such as Bujar Nishani and Edit Harxhi, promise that their political action will not remain simply on paper.

Analysts Lutfi Dervishi and Alfred Lela see the internal debate as positive, as opposed to authoritarianism. However, despite the fact that the presentation of new alternatives brings a positive spirit, the analysts say there are still many shadows of doubt. The party leaders, according to the analysts, should leave the old methods and be modern about it, by not allowing the process to be just for show.