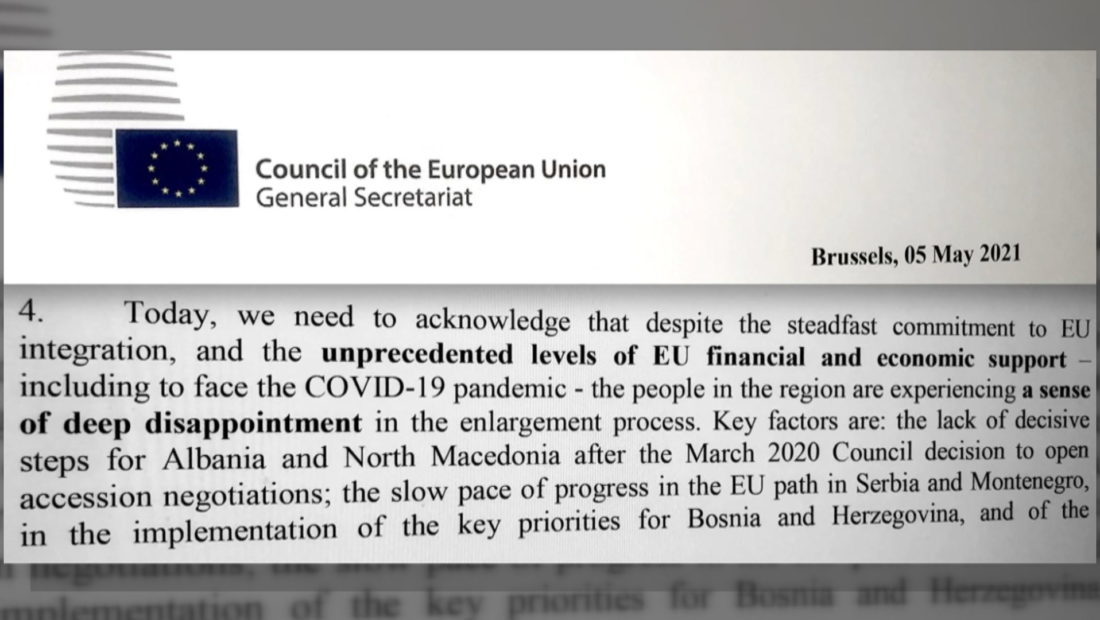 An internal document of the European Commission, published by the Voice of America, says that citizens in the Western Balkans are experiencing deep disappointment regarding the enlargement process.

The report identifies as main factors the missing progress made with Albania and North Macedonia, after the European Council decided in March 2020 to open the accession negotiations; the slow pace with Serbia and Montenegro; the insecurity created with the Belgrade-Prishtina dialogue, etc.

Another disappointment came from the perception that the EU delayed the distribution of COVID-19 vaccines in the Western Balkans, according to a May 5 report sent by European Union officials to the 27 member states’ foreign ministries.

It states that for Albania and North Macedonia, the EU membership process itself has served as the strongest impetus for reform. It is now crucial that accession negotiations begin as soon as possible and move ahead, in parallel with the continuation of reforms in both countries.