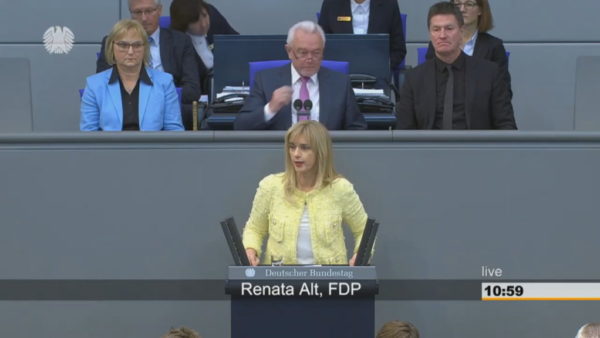 The German Liberal MP, Renata Alt, the rapporteur for Central and Eastern Europe at the German Parlaiment,a sked the Foreign Ministers to not start the negotiations with Albania before North Macedonia.

IN a press release for Deutsche Welle, Alt underlined that North Macedonia has been exemplary and should not be punished because of Bulgaria.

According to her, the Foreign Ministers should use the meeting for Western Balkans to increase the pressure towards Sofia.

The opinion issued by the EU Commissioner of Enlargement, Oliver Varhelyi, to have Albanai treated separately from North Macedonia for the accession negotiation, was considered by Alt as completely incomprehensible.